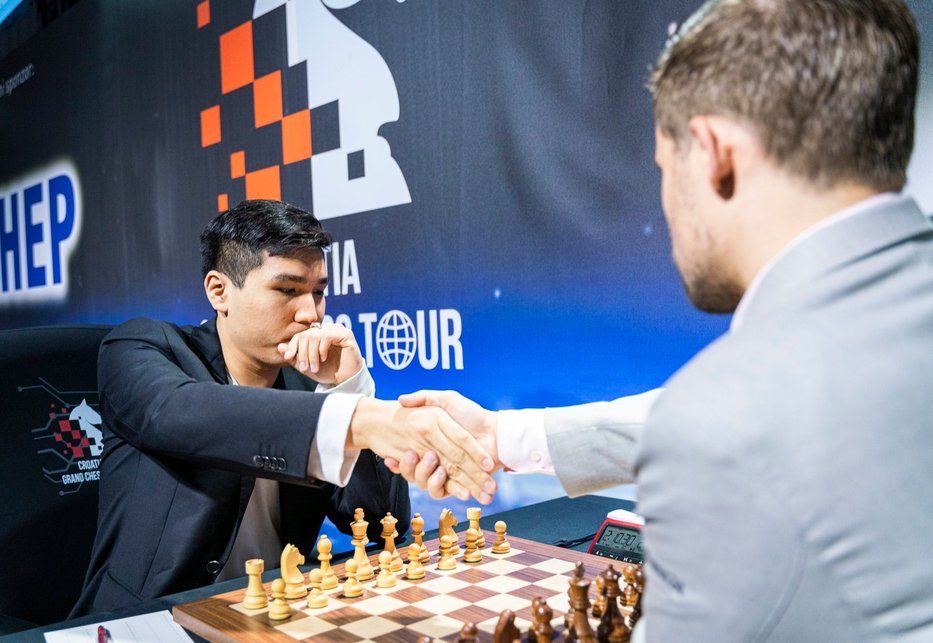 MANILA, Philippines – So far, so good.

Resurgent Wesley So drew with world champion Magnus Carlsen in the 10th and penultimate round on Saturday, July 6 (Sunday, July 7, Philippine time) to keep his title bid alive in the 2019 Croatia Grand Chess Tour tournament at Novinaski Dom in Zagrev.

So – born in Bacoor, Cavite, but now representing the United States – and Carlsen split the point after 36 moves of a Nimzo-Indian defense to keep their 2-1 position in the 12-player, all Super Grandmaster round robin classical event.

Both Carlsen and So have 4 pawns each and opposite colored bishops in the end, raising Carlsen’s total to 7.0 points, half a point ahead of So (6.5) going to Sunday’s 11th and last round.

Carlsen will be handling white in his battle against French Maxime Vachier Lagrave (4.5 points) while So will play black against Armenian Levon Aronian (5.5).

The 25-year-old So trails Aronian, 3-2, with 10 draws, in their classical matches thus far.

So, however, is flashing the form that enabled him to attain an Elo rating of 2822, good for No. 2 behind Carlsen in the world rankings in March 2017.

So tamed Azerbaijani Shakhriyar Mamedyarov in the 6th round, settled for a draw with Russian Sergey Karjakin in the 7th, beat USA teammate Hikaru Nakamura in the 8th, and had another draw with Russian Ian Nepomniatchi in the 9th.

Trailing Carlsen and  So in the standings are Caruana, Nepomiatchi and Aronian with 5.5 each.