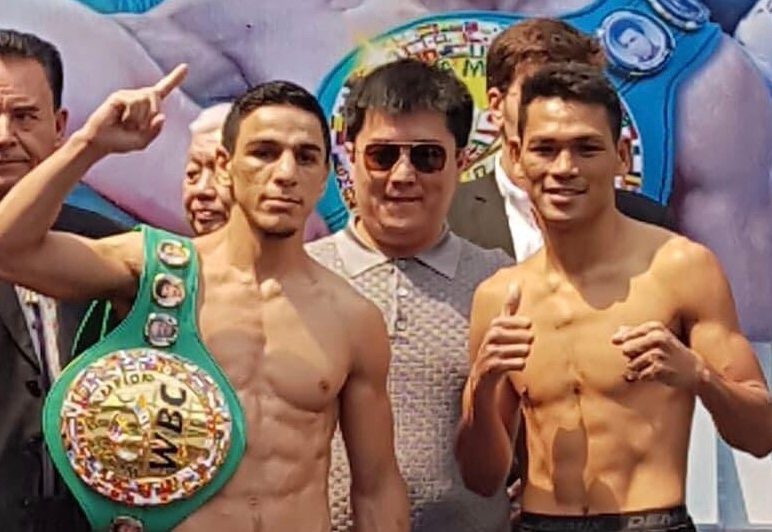 MANILA, Philippines – Three tries, three misses. The last one way off the mark.

The harsh reality is Arthur Villanueva may have used up all his chances for a world title bid.

On Saturday, July 6 (Sunday, July 7, Philippine time), Villanueva did not only lose to World Boxing Council bantamweight champion Nordine Oubaali, he was forced to surrender in his corner.

Following a knockdown and a beating in round 6, Villanueva failed to answer the bell in the 7th for a technical knockout defeat at Barys Arena in Nur-Sultan, Kazakhstan, that would pull him out of the contenders’ roster for the 118-pound crown.

The 30-year-old Villanueva fared better in his previous title tries, the referee stopping his International Boxing Federation super flyweight title duel with Puerto Rican McJoe Arroyo in the 10th round in 2015 and losing to South African Zolani Tete by unanimous decision in their battle for the World Boxing Organization bantamweight crown in 2017.

Against Oubaali, a two-time French Olympian, Villanueva could hardly do anything right from the opening bell.

Oubaali controlled the fight with his jabs and left straights, tagging Villanueva several times in the 3rd and 4th rounds.

In the fateful 6th, Oubaali landed a left uppercut and a right hook that sent Villanueva to a knee. The Filipino beat the count, survived Oubaali’s onslaught, but was clearly spent.

Villanueva saw his record fall to 32-4-1, 18 knockouts, 3 of those losses to southpaws like Oubaali, who earlier announced his intention to unify the 118-pound division.

Oubaali, who climbed to 16-0, 12 knockouts, is keen on facing the winner between Japanese star Naoya Inoue and Nonito “The Filipino Flash” Donaire in the World Boxing Super Series finals late this year.

For Villanueva, it’s time to take some time off and ponder his future in the ring. – Rappler.com