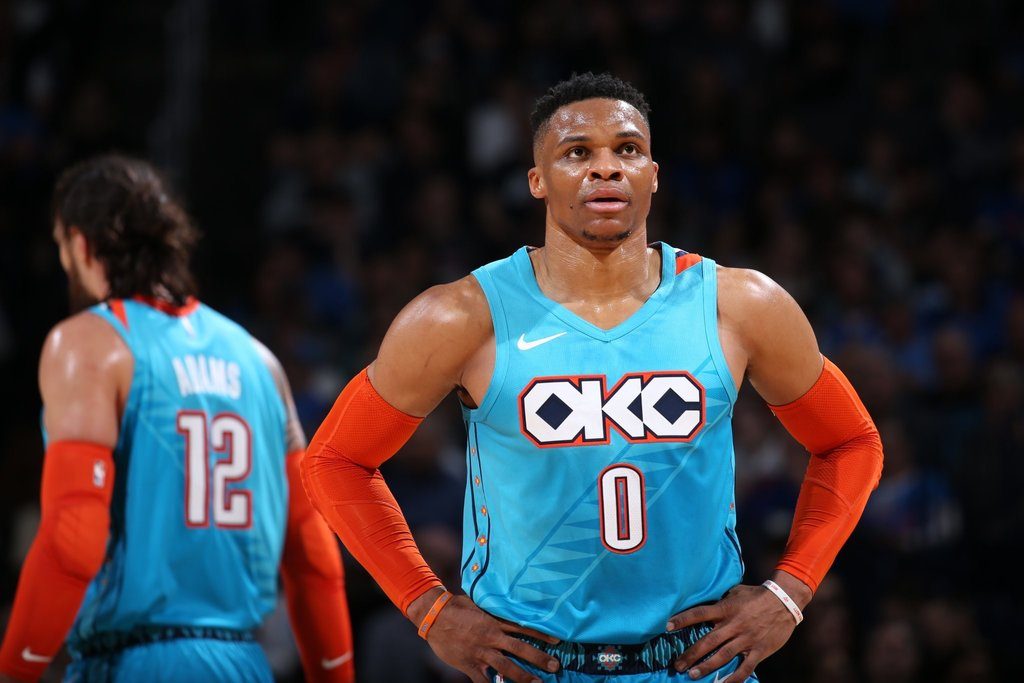 NEW YORK, USA – Russell Westbrook, who suddenly finds himself on a rebuilding Oklahoma City Thunder squad after they traded away Paul George, could be shipped to the Houston Rockets, according to reports Sunday, July 7.

The Rockets are interested in a deal for the point guard even though one source told ESPN it was a “long shot” because of the difficulty in making such a move, involving multiple other teams or obtaining talent the Thunder desire.

The Athletic website also reported Houston’s interest in Westbrook, saying that the Miami Heat and Detroit Pistons were hopefuls in making a deal for the versatile 30-year-old playmaker.

The shock move completed early Saturday leaves Westbrook on a team looking to rebuild and likely looking for a trade deal himself.

Former MVP James Harden and Chris Paul already have made the Rockets into a title contender, but adding Westbrook could tip the NBA’s delicate balance of power in their direction.

It would require all 3 players to change in order for them to co-exist given the amount of time each likes with the ball and might even force more moves from the Rockets, especially given the remaining $171 million over 4 years remaining on Westbrook’s contract.

Paul has $125 million remaining on a three-year deal.

Westbrook was the 2017 MVP after averaging a full-season triple double of an NBA-best 31.6 points, 10.7 rebounds and 10.4 assists – joining legend Oscar Robertson as the only players to accomplish the feat.

He did it for a third consecutive season in the 2018-19 campaign, averaging 22.9 points, a career-high 11.1 rebounds plus a career-high and NBA-best 10.7 assists a game for Oklahoma City.

The move would reunite Westbrook and Harden, who were teammates on the Thunder before Harden was traded to Houston after Oklahoma City, which also featured Kevin Durant, lost to LeBron James-led Miami Heat in the 2012 NBA Finals. – Rappler.com