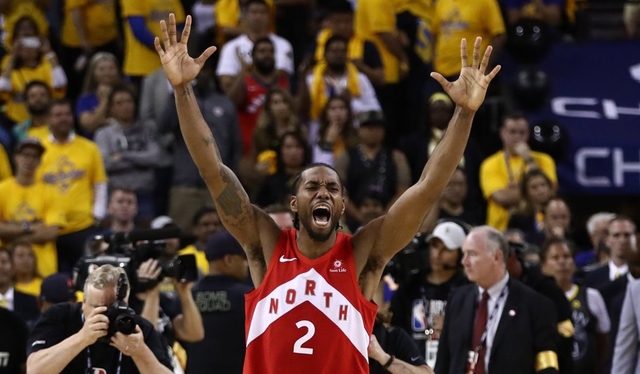 LOS ANGELES, USA – Toronto Raptors coach Nick Nurse says he’s disappointed he won’t have Kawhi Leonard back when his club tries to defend the NBA title next season, but understands why he departed.

Nurse, speaking late Saturday, July 6, at the NBA Summer League in Las Vegas, will not have the NBA Finals Most Valuable Player in the lineup for the Raptors next season after Leonard, according to multiple reports, has agreed to a four-year deal worth $142 million to join one of his hometown teams, the Los Angeles Clippers.

“And I just said, ‘You’ve changed a lot of lives, man, by what you’ve accomplished in Toronto. Mine especially.’ And thanked him for what he did.”

That could prove extremely difficult for the Raptors, who lost not only Leonard but swingman Danny Green, who played a key supporting role in the Raptors’ championship run but will join the Los Angeles Lakers.

Leonard, who also took 2014 NBA Finals MVP honors for leading San Antonio to the title, averaged 30.5 points, 9.1 rebounds, 3.9 assists and 1.7 steals a game in the playoffs for Toronto in his one campaign for the Raptors after being obtained last July in a trade with the Spurs.

Nurse said he was hoping to have Leonard and much of the roster back in a bid to repeat after becoming the first team from outside the United States to capture the NBA crown.

“It’s certainly disappointing,” Nurse said. “I think, first of all, he’s a great person. He was unbelievably fun to coach, just locked in and loaded and ready to go.”

“People would ask me, ‘What was it like coaching him?’ And I always said the best thing was I got to stand there on the courtside and watch this guy go to work. That was something that I’ll never forget.”