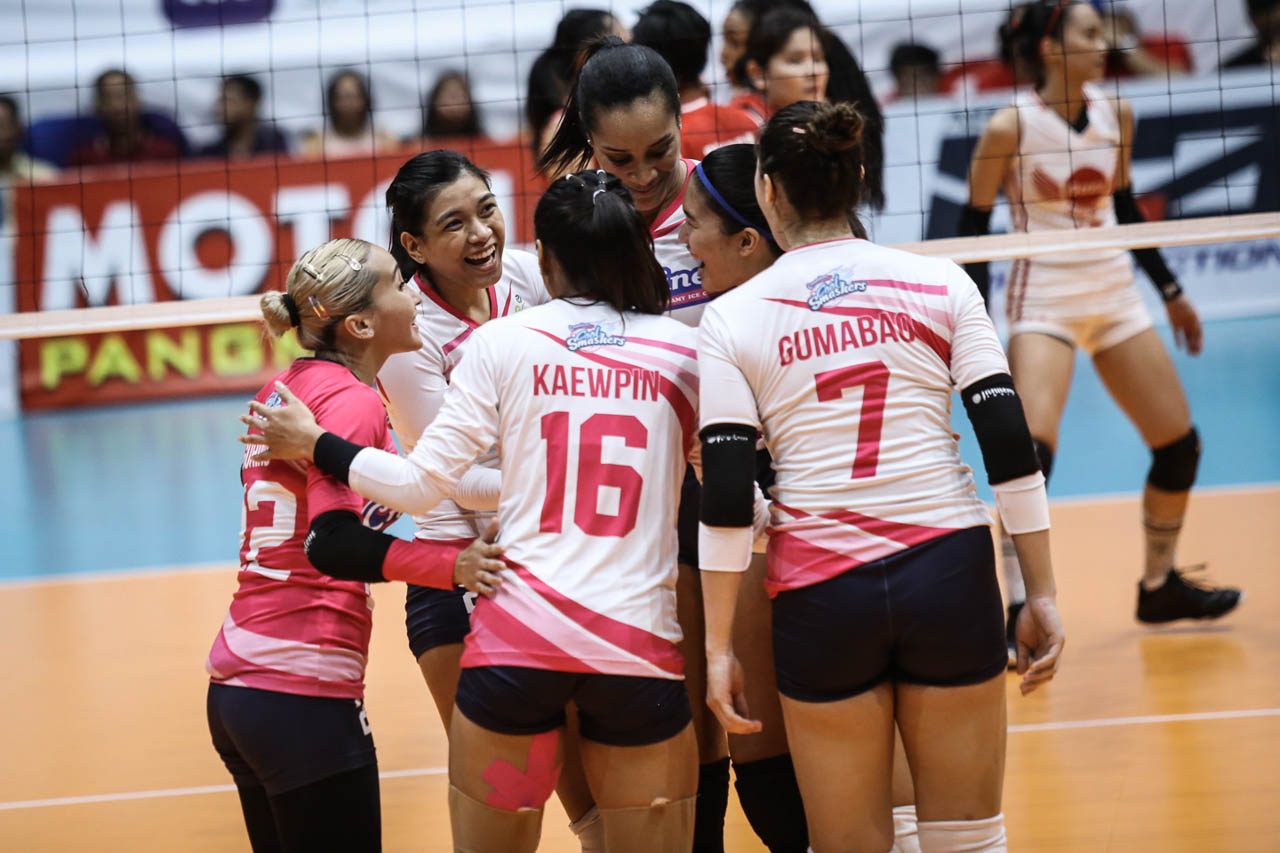 MANILA, Philippines – The Creamline Cool Smashers know their pursuit of a third straight Premier Volleyball League (PVL) Reinforced Conference title is far from done, even after drawing first blood in their best-of-three series on Wednesday, July 10.

Now on a 12-game win streak, and momentum on their side, the Cool Smashers still think it won’t  be a walk in the park against the top-seeded PetroGazz Angels, a team hungry for its first taste of a championship.

(We’ll prepare well for Game 2, because for sure, PetroGazz is very eager to win. It was clear in the latter part of the set – they were very eager, their heart was there, so for sure they’ll bring that into the second game.)

Creamline will shoot for a third straight championship on Saturday, July 13, 4 pm, at the Filoil Flying V Centre.

Game 1, though, ended on a controversial call when referee Yul Benosa blew a late whistle on Cherry Nunag for an overreach violation even after letting play continue for at least a second.

It was a roller coaster of emotions for the Angels who at first thought they cut the deficit to one, but soon realized they have to come back the hard way by winning the next two games.

While Valdez agrees with the judgement call, she believes this will only fire up their opponents to do even better and force a winner-take-all decider.

“PetroGazz has that motivation to go back. Siyempre ayaw nila matalo sa mga ganyan, so we’re going to prepare for it.” the former Ateneo standout said.

(Of course they didn’t want to lose in that manner, so we’re going to prepare for it.)

So far, Creamline’s only loss in the entire campaign came at the hands of PetroGazz in the elimination round, and they hope it will be the last. – Ferdin Sanches/Rappler.com