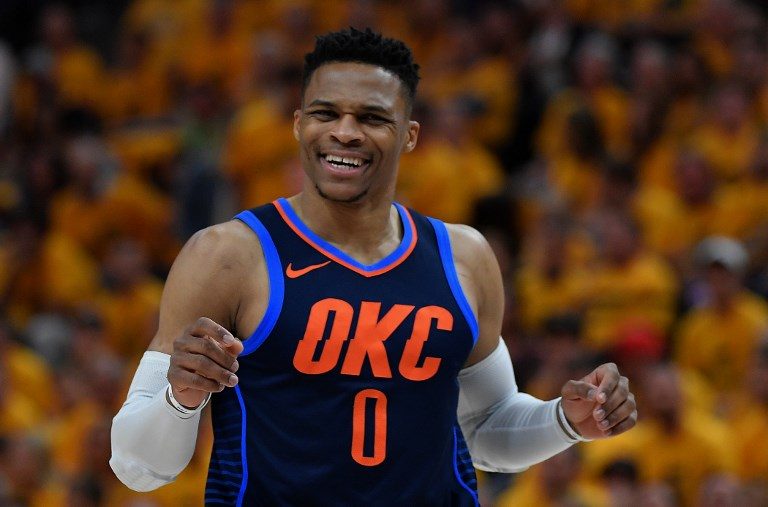 Westbrook wanted to play with his former Thunder teammate James Harden, who reportedly had “multiple tense moments” with Paul in recent games.

The Thunder also recently dealt another one of its stars, Paul George, who had asked to be traded to the Los Angeles Clippers to join Kawhi Leonard.

“I said at the end of the year we’re never going to stand pat. We’re always going to try to get better. I think this makes us a better team. I hate to lose Chris Paul, but we felt like we did what we had to do to become a better team.”

The Oklahoma City Thunder have agreed to trade Russell Westbrook to the Houston Rockets for Chris Paul, first-round picks in 2024 and 2026, pick swaps in 2021 and 2025, league sources tell ESPN.

The Rockets were Westbrook’s preferred destination basically from the beginning of this process. Other teams were only lightly considered.

Paul, 34, will join a rebuilding Thunder squad while eight-time All-Star Westbrook, the 2017 NBA Most Valuable Player, will be reunited with 2018 NBA MVP James Harden, his former Thunder teammate who was traded to the Rockets in 2012.

The 29-year-old Harden has led the NBA in scoring the past two seasons, averaging 36.1 points a game this past campaign.

Westbrook, 30, has averaged triple-doubles for the past 3 seasons, this past campaign producing 22.9 points and career highs of 11.1 rebounds and 10.7 assists.

Together, Harden and Westbrook form a super pairing as potent as any in the Western Conference, which now includes last month’s NBA Finals MVP Kawhi Leonard and ex-Thunder star Paul George with the Los Angeles Clippers plus LeBron James and Anthony Davis with the Los Angeles Lakers.

Add improved teams in Denver, Utah and Portland and Stephen Curry-led Golden State, NBA finalists the past 5 years, and the Western Conference next season figures to be up for grabs after years of dominance by the Warriors.

Caesars Sportsbook in Las Vegas improved the odds of the Rockets winning next year’s NBA title from 10-1 to 7-1, putting Houston fourth behind the Lakers (7-2), Clippers (4-1) and Milwaukee Bucks (9-2)

The next blockbuster came when the Clippers sent 5 first-round picks and two players to Oklahoma City for George, which enabled them to win a three-team pursuit for Leonard, who departed Toronto after leading the Raptors to an NBA crown.

Oklahoma City has added 8 first-round draft picks and 4 pick swaps through 2026 in the haul from the Rockets and Clippers, which added to its own selections will enable them to quickly rebuild as well as use some in deals to land veteran talent and have plenty to spare.

The Houston Chronicle reported that both Harden and Westbrook had wanted to reunite the backcourt tandem they enjoyed for 3 seasons with the Thunder.

The Thunder reached the playoffs in all 3 seasons with Harden and Westbrook in the backcourt, taking eighth in the West in 2010, fourth in 2011 and second in 2012, when Oklahoma City lost to James-led Miami in the NBA Finals. – With a report from Agence France-Presse