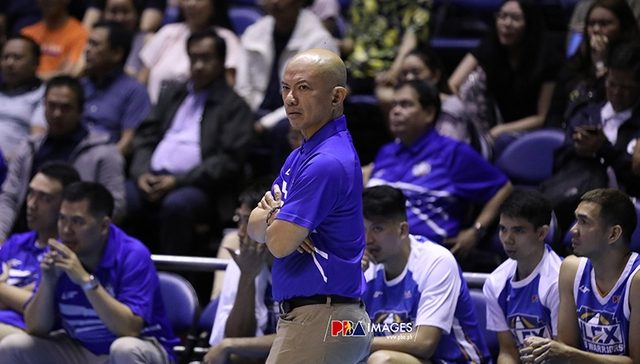 MANILA, Philippines – Yeng Guiao blasted the officiating after NLEX barely pulled off an 87-85 win over Phoenix in its final assignment in the PBA Commissioner’s Cup on Wednesday, July 12.

The Road Warriors enjoyed a lead as large as 20 points before the Fuel Masters managed to narrow the gap to a single point but ultimately fell short as time ran out.

“It’s a good thing we won our last game. At least we can carry this win in the future. We survived a badly officiated game. Fortunately, we survived it,” said Guiao in a mix of Filipino and English.

“I don’t think the officiating was up to par to the effort that both teams put into this game.”

Guiao did not hide his frustration on the referees during the match as he shouted at them several times before he was eventually tossed out with a minute left for incurring back-to-back technical fouls.

“It’s just frustrating because the calls, they mean a lot to the teams. But when it comes to the referees, it seems that the calls don’t matter to them,” Guiao said.

On a lighter note, Guiao looks forward to the Governors’ Cup with Kiefer Ravena returning from his FIBA-imposed suspension and Kevin Alas possibly coming back from his knee injury.

Also, NLEX has already prepared import Olu Ashaolu for the season-ending conference by having him play the last 3 games in the Commissioner’s Cup. – Rappler.com