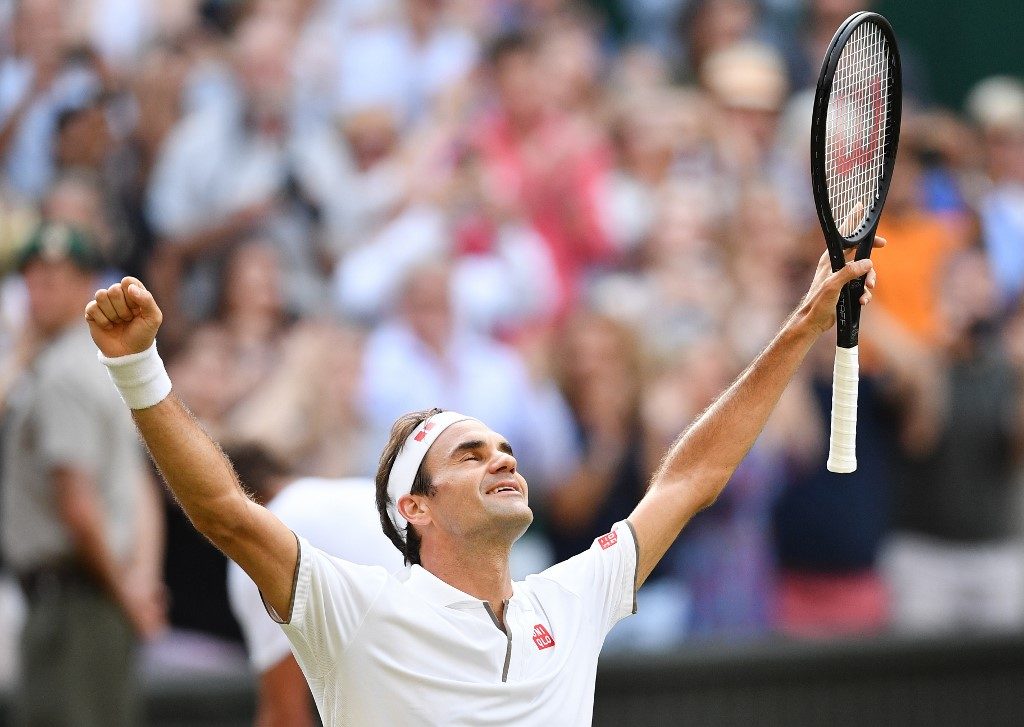 “I’m exhausted, it was tough at the end. Rafa played some unbelievable shots to stay in the match, it was a very high level,” said Federer.

“The battles with Rafa are always special. The biggest points went my way, there were some tight ones in the long rallies.”

Federer is the third oldest man ever to play in a Grand Slam final after 39-year-old Ken Rosewall featured in the 1974 Wimbledon and US Open finals.

However, he will have his work cut out on Sunday if he is to secure a 21st major title as he trails 15-time Slam winner Djokovic 25-22 in career meetings.

“Novak is the defending champion and he has shown that this week,” added Federer.

“He has been really solid. I will try and push him to the brink but it will be difficult as it’s not for nothing that he is No. 1.

“But I am very very excited to say the least.”

Friday’s semifinal was never likely to match the knife-edge theatrics of the 2008 final although Federer needed 5 match points to secure victory.

Federer will not mind with his win coming just a month after Nadal handed him his worst loss at a Slam in 11 years in the Roland Garros semifinal.

In a tight 51-minute opener, Nadal managed to save the only break point in the 8th game before surrendering the advantage of an early mini-break in the tiebreaker which Federer claimed thanks to 5 points in a row.

The Spaniard finally carved out the first break of the semifinal in the 4th game of the 2nd set, backing it up with a hold for 4-1.

Nadal then broke again for 5-1 as Federer suffered a sudden and severe power outage with the two-time champion comfortable leveling the contest.

Federer, the oldest semifinalist in a Grand Slam semifinal since Jimmy Connors at the 1991 US Open, broke Nadal for the first time in the 4th game of the 3rd set.

He then fought off 3 break points for a key 4-1 lead, coming out on top in a 23-shot rally and then a 25-stroke exchange.

There was no respite for Nadal, an 18-time Slam winner, who slipped a break down at 2-1 in the 4th.

Nadal saved two match points in the 8th game and two more in the 10th but a loose return sealed his fate.