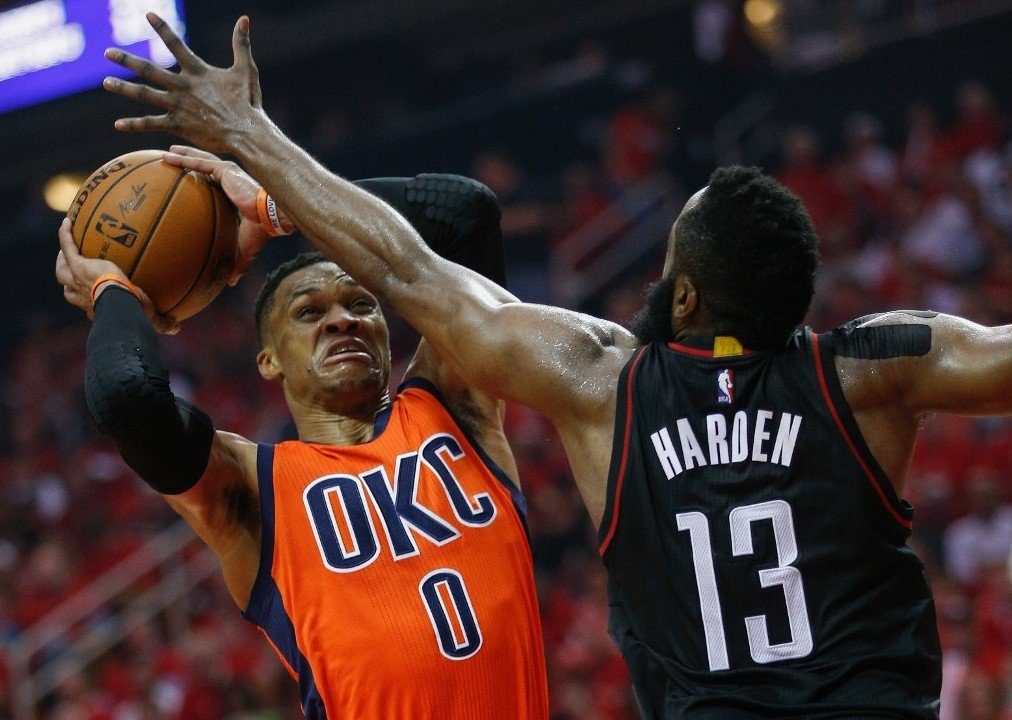 Facebook Twitter Copy URL
Copied
'It's been a dream and a whirlwind,' Russell Westbrook writes as he leaves the Oklahoma City Thunder after 11 seasons

The comments served to confirm Thursday reports that former NBA Most Valuable Player Westbrook was being traded to the Rockets in exchange for Chris Paul, two first-round NBA Draft picks and a swap of two more future draft selections.

“I can’t even begin to put into words all of the emotions I have right now. It’s been one heck of a journey Oklahoma!” Westbrook posted on his Instagram account.

“You have supported me through all of the ups and the downs, and stood by me through the good times, and tough times. For that I am eternally grateful to you.

“I’m leaving Oklahoma with so many friends and so much gratitude. I could never thank you all enough for sticking with me. It’s been a dream and a whirlwind.”

In 2016, Westbrook became the first NBA player since Oscar Robertson in 1962 to average a triple-double for an entire season. He has now done that for 3 consecutive campaigns.

Now he joins a Rockets backcourt alongside NBA scoring leader James Harden, a former NBA MVP and Westbrook’s ex-Thunder teammate who has been the scoring spark for Houston since leaving Oklahoma City in 2012.

“When I left OKC, I was sad. Then Houston made a home for me,” Harden said Friday, according to ESPN. “Rockets is my home. And now an opportunity came available where Russ wasn’t happy. Now we’re back. It’s going to be a lot of fun this year, I guarantee you that. Believe it.”

Earlier reactions to the move worried that one basketball a game might not be enough for two players who are accustomed to handling the ball much of the time and producing the bulk of their club’s scoring.

The pairing unites the NBA’s two top scorers over the past 5 seasons.

But reports said both players wanted the deal, suggesting they understand they would need to adapt to create the most formidable force for opponents.

Westbrook’s posting also spoke of how much he has grown over 11 seasons in Oklahoma City, one of the NBA’s smaller markets.

“When I came here, I was 18 years old, bright eyed, and completely unaware of all the amazing things that would soon take place,” Westbrook said.

“I grew up in Oklahoma with an amazing bunch of people. The people here are what makes this place so special… You are all what makes Oklahoma such a beautiful place, and the reason I’ve loved playing here all of this time.

“I’ve met so many amazing people who have helped shape me into the man that I am today. I hope I have impacted the Oklahoma community as much as Oklahoma has made an impact on me and my family.” – Rappler.com