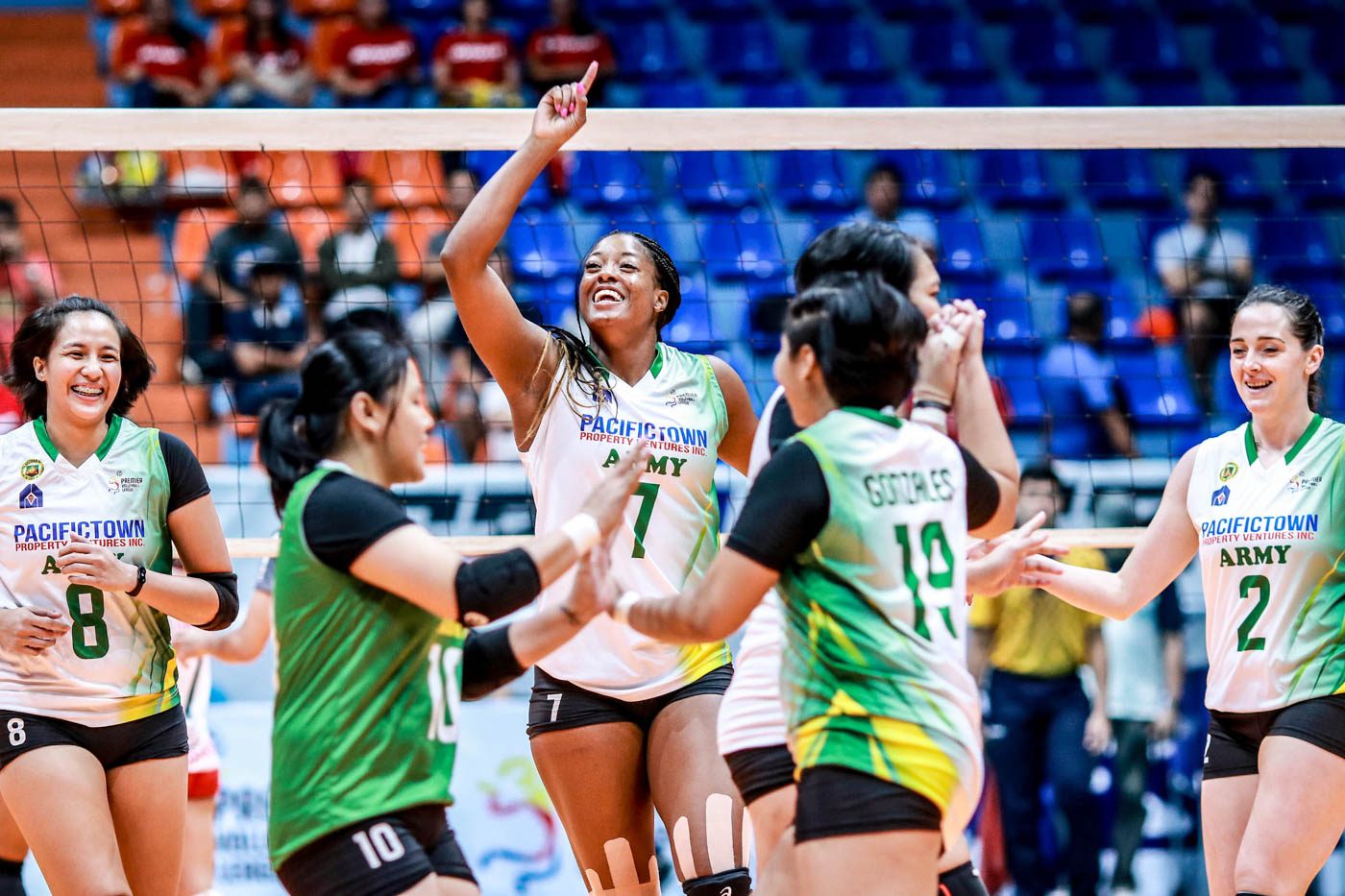 MANILA, Philippines – The Pacifictown Army Lady Troopers hacked out a four-set win over Banko Perlas, 25-23, 20-25, 25-20, 25-23, that put them at the forefront of the bronze medal race in the 2019 Premier Volleyball League (PVL) Reinforced Conference on Saturday, July 13, at the Filoil Flying V Centre in San Juan.

The victory tied the series at 1-1, but in case the championship showdown between Creamline and PetroGazz doesn’t extend to Game 3, the Lady Troopers will win by tiebreak as Banko Perlas took Game 1 in 5 sets.

Royse Tubino fired 23 points off 20 attacks and 3 aces to lead the Lady Troopers.

(When you see your team improve, it’s like the local players are improving along with the imports by moving well towards the decision-making of the setters. That’s what’s good about it.)

After stumbling in the 2nd set, veteran Tubino lifted the Lady Troopers to deny the Perlas Spikers of their usual come-from-behind performance.

Banko Perlas struggled to recover in the 4th set, but a crucial 5-0 run capped off by Thai import Sutadha Chuewulim tied the score at 20-all.

The Lady Troopers, though, escaped the deadlock and Olena Lymareva-Flink’s attack sealed the win.

Chuewulim led the Banko Perlas Spikers in a losing effort with 14 points off 11 attacks and 3 aces. – Rappler.com