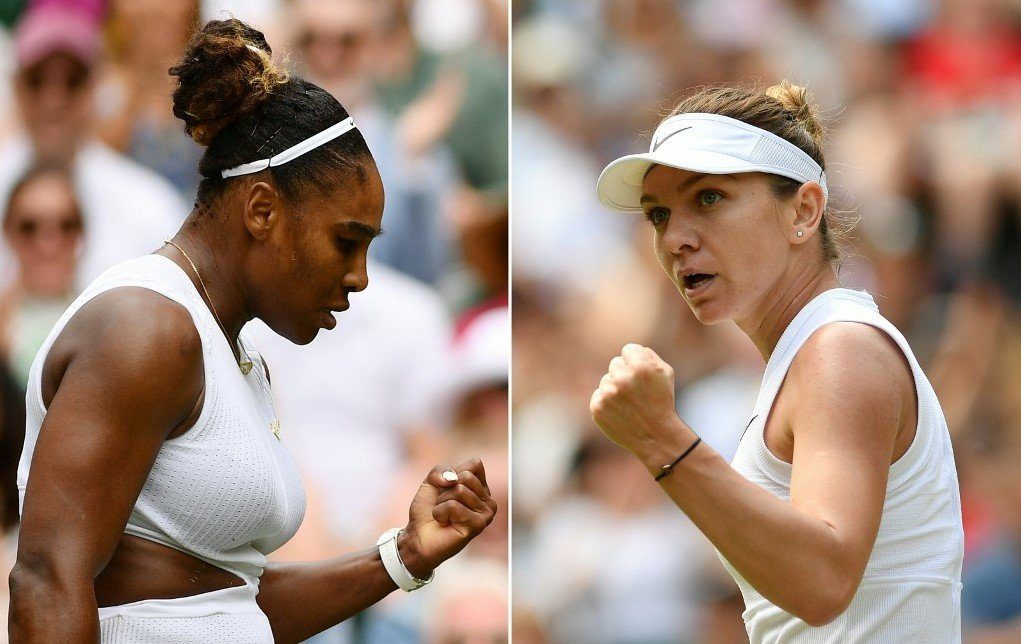 Facebook Twitter Copy URL
Copied
'I'm very sure that was the best match of my life,' says Simona Halep after dumping Serena Williams to capture the Wimbledon women's crown

LONDON, United Kingdom – Simona Halep believes that Serena Williams has lost the intimidation factor that once condemned rivals to defeat even before they set foot on court.

Halep handed the American legend a 6-2, 6-2 rout in the Wimbledon final on Saturday, July 13, to become the first Romanian to win a singles title at the All England Club.

The 56-minute dissection of the Williams playbook was the 23-time Slam winner’s most lopsided loss in a major final.

With her 38th birthday fast approaching, her dream of matching Margaret Court’s all-time mark of 24 majors seems as far away as it has ever been.

“I have always been intimidated a little bit when I faced Serena,” admitted 27-year-old Halep.

“She’s an inspiration for everyone and the model for everyone. But today I decided before the match that I’m going to focus on myself and on the final of Grand Slam, not on her.

“That’s why I was able to play my best, to be relaxed, and to be able to be positive and confident against her.”

It was a tactic which worked to perfection for the world No. 7, who had lost 9 of her previous 10 meetings with Williams.

Her only win had come at the season-ending WTA Finals in Singapore in 2014.

For Halep, it was a second Grand Slam title after breaking her duck at the 2018 French Open which had followed 3 losses in title matches at the Slams.

On Saturday, she committed just 3 unforced errors; Williams was undone by 26.

“I’m very sure that was the best match of my life,” said Halep.

The challenge now is for Halep to keep backing it up.

She has been a runner-up at the Australian Open, losing the 2018 final to Caroline Wozniacki.

Until this year, she had never got beyond the semifinals at Wimbledon while a last 4 run in 2015 remains her best performance at the US Open.

When she won the 2018 French Open, she exited Wimbledon in the third round and the US Open at the first hurdle.

“The finals I lost in the past helped me for sure to be different when I face this moment.

“I have learned that it’s a normal match, not thinking that much about the trophy, just going there and try to be the best as you can. So I did that.

“I said that every time I would play a final of a Grand Slam, I will do exactly the same thing. So today I did it.”

Halep, who is now looking forward to returning to the All England Club as a life member “to have dinner, have lunch, play a little bit of tennis” joked that her victory on Saturday was almost by royal command.

Up in the Royal Box was Catherine, Duchess of Cambridge, Halep’s favorite.

“It was an honor to play in front of her. I had the chance to meet her after the match. She’s very kind, very nice.

“Yeah, it was an extra boost when I saw all of them there, the Royal family.” – Rappler.com