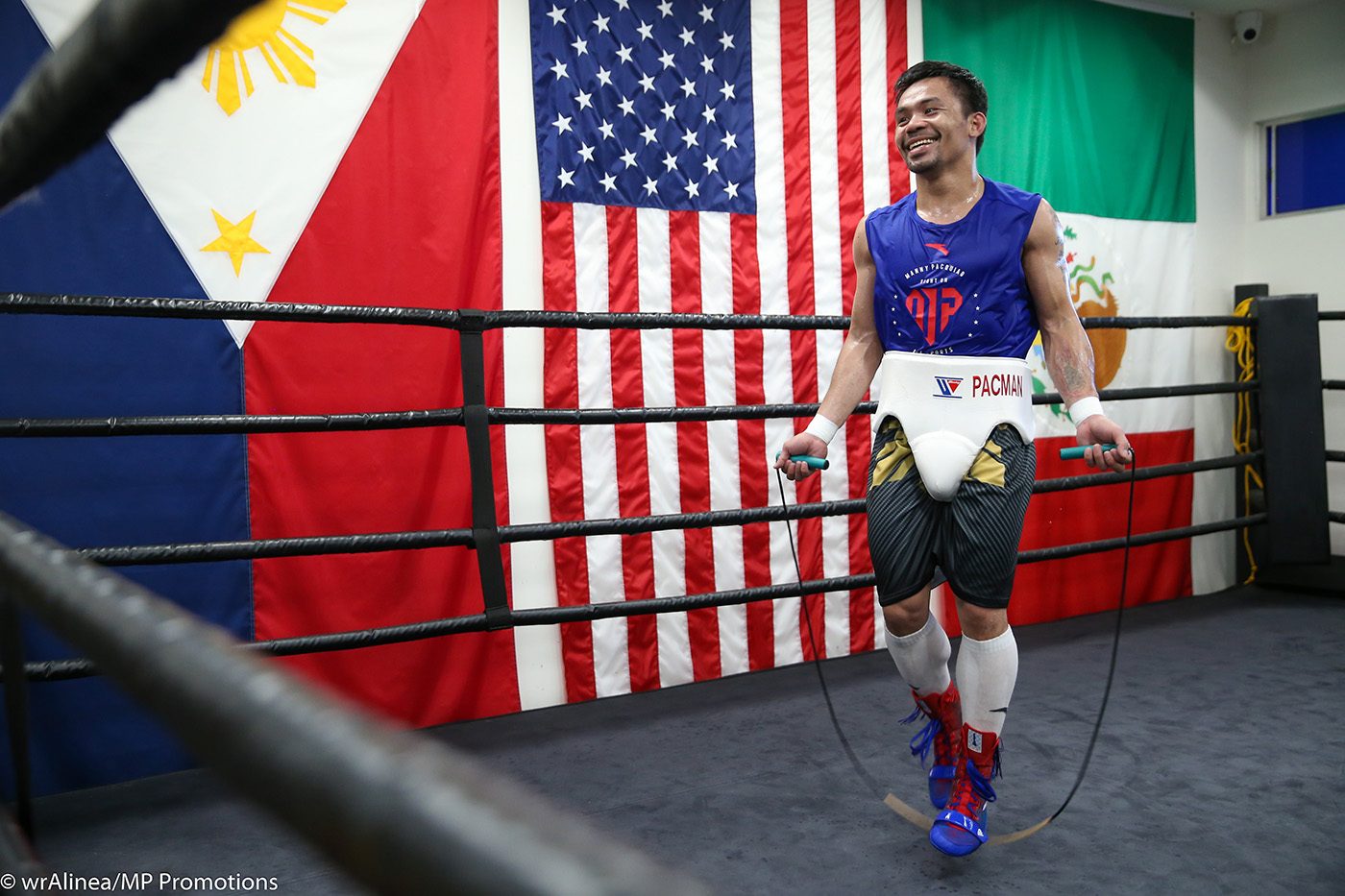 LAS VEGAS, USA – What Manny Pacquiao doesn’t say in words, he conveys through his actions.

He’s oozing with confidence he would be able to beat Keith Thurman in their World Boxing Association welterweight title bout on Saturday, July 20 (Sunday, July 21, Philippine time). (READ: ‘I am going to be Thurman’s teacher,’ says Pacquiao after closing LA camp)

First, he charted a private jet to fly him from Las Vegas to Manila just hours after the Thurman fight at MGM Grand.

According to Pacquiao, a Philippine senator, he wouldn’t be able to make it to President Rodrigo Duterte’s State of the Nation Address on Monday if he’s going to take a commercial flight.

Second, he replied in the affirmative when asked in a conference call whether he will have one more fight within the year.

“Yes, there is a scheduled (Senate) recess. But will figure it out when the session starts.”

Of course, Pacquiao couldn’t fight again this year if he gets a beating from Thurman. Or even if he wins, but encounter stiff opposition from the unbeaten WBA “super” 147-pound champion.

Third, retirement is out of his mind yet. Pacquiao wants to dispose of Thurman before facing other elite fighters like the winner of the unification bout between International Boxing Federation king Errol Spence Jr. and World Boxing Council titlist Shawn Porter in September. – Rappler.com