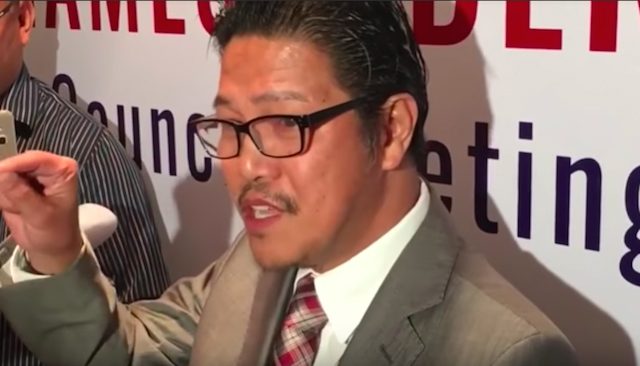 MANILA, Philippines – An official of the Philippine Southeast Asian Games Organizing Committee (PHISGOC) Foundation Inc asked President Rodrigo Duterte to reconsider his decision to give the organizing responsibilities to the government, noting it will unduly affect the 2019 SEA Games preparations.

“All this talk about another body taking over the organization of the Games at this late period has not only caused apprehension among our athletes, but among our sponsors and private sector partners as well,” PHISGOC executive director Ramon “Tats” Suzara said in a statement.

“We appeal to both the POC (Philippine Olympic Committee) and PSC (Philippine Sports Commission) to work together from within the PHISGOC, where they are both prominently represented as originally intended by the President, with his vision of a multi-stakeholder approach to the organization of the Games.”

Although PHISGOC’s status remains in limbo, Suzara said all SEA Games preparations will continue as planned with the regional biennial meet happening in just 4 months.

Duterte’s decision comes from allegations of corruption within the private entity, which supposedly entered into questionable deals, including overpriced uniforms.

Suzara argued that the PHISGOC has complied with all the directives of the President and ensured that the funds for the event are all accounted for and properly spent.

The PHISGOC official added that not a single centavo of the goverment’s budget of P5 billion from Congress and the additional P1 billion augmentation fund approved by the President was held by the PHISGOC since it’s being handled by the PSC.

“All government funds are duly accounted for, and are being disbursed in accordance with government procurement procedures performed either by the PSC or the Procurement Service of the Department of Budget and Management (DBM), as proposed by PHISGOC chairman, Congressman Alan Peter Cayetano, to ensure that every peso allotted  for the SEA Games are wisely and properly spent,” said Suzara.

The PHISGOC was incorporated in compliance with the rules of the International Olympic Committee (IOC),  which requires the organizing body of the SEA Games to be a legal entity authorized to transact under the law.

This was the same thing done during the country’s hosting of the 1991 and 2005 Games, where the organizing committees were led by POC officials

In 2017, however, Duterte appointed former Department of Foreign Affairs chief Cayetano as chairman of the organizing committee.

Former POC president Ricky Vargas and PSC chairman William Ramirez were tapped to be co-vice chairmen to represent the sporting organizations of the Philippines.

Last January 25, the President even formally recognized the PHISGOC by issuing Memorandum Circular 56, which directed all government agencies and government-owned and controlled corporations to extend their full support to the organizing committee. – Rappler.com