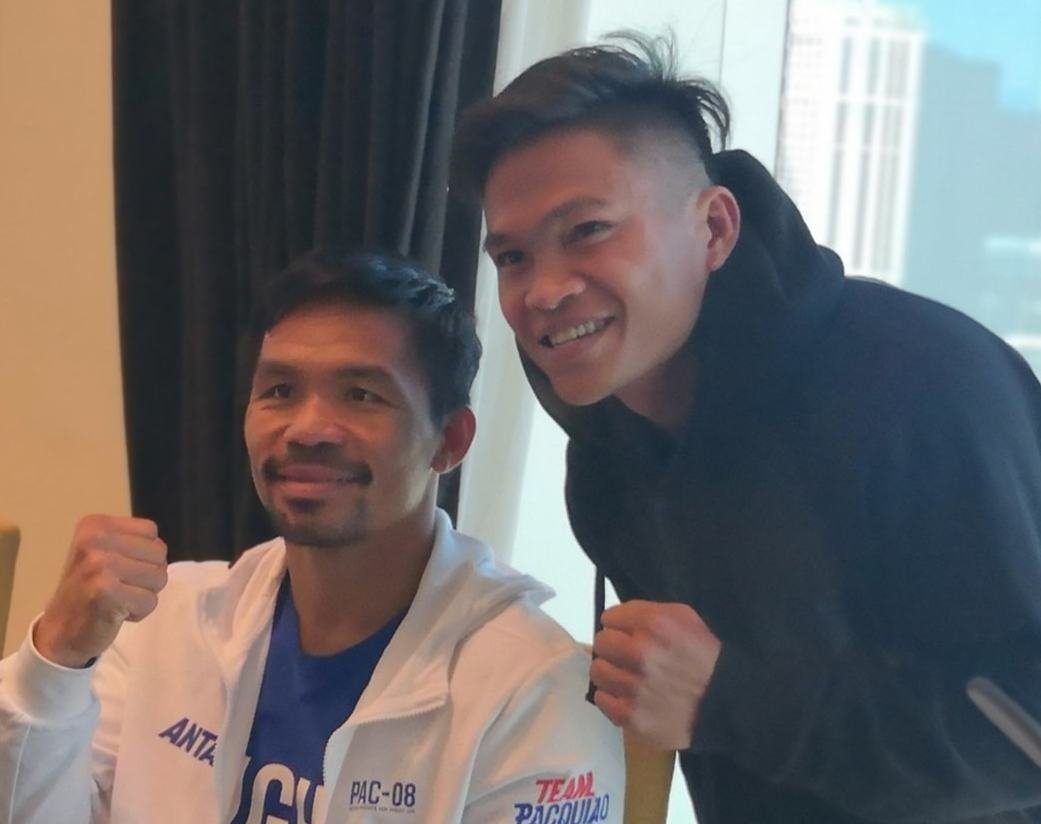 LAS VEGAS, USA – It took Jerwin Ancajas only a few minutes of watching video clips of Manny Pacquiao’s training sessions to conclude Keith Thurman is in for a beating on Saturday, July 20 (Sunday, July 21, Philippine time).

“He is so focused and intense. Parang may galit sa loob (As if there’s anger from within),” added Ancajas, who arrived here with trainer/manager Joven Jimenez late Wednesday, July 17, to support his idol and benefactor by way of MP Promotions.

“I think sir Manny will win by stoppage, either in the 6th or 7th rounds,” said Ancajas, noting Pacquiao will overwhelm Thurman with volume punching.

“Kapag tinamaan, magiging takbuhin. At kapag kinapos, tapos (Once he gets hit, he well run. And once he gets tired, it’s over),” said Ancajas, the world’s longest reigning champion in the 115-pound division.

“Sir Manny is in superior condition. Better than when he beat (Adrien) Broner. I doubt whether Thurman will be able to catch up as he wasn’t in top shape against (Josesito) Lopez,” said Jimenez, who cited Thurman’s inactivity as the main reason Pacquiao will stop him.

“TKO, 9 to 10 rounds,” predicted Jimenez. Sir Manny will win because of his speed, power, and superb condition.”

According to Jimenez, they will meet with MP Promotions head Sean Gibbons on Friday to discuss developments on Ancajas’ next fight.