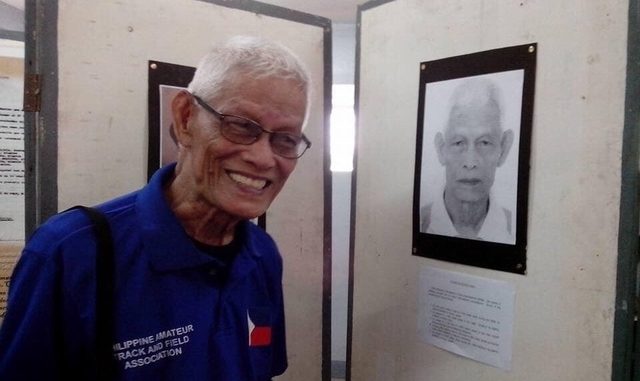 MANILA, Philippines – Claro Pellosis, the man who helped steer Lydia de Vega to the 1986 Asian Games 100 meters title, died at the age of 84 on Sunday, July 21, his son said.

“He suddenly slumped during lunch. My daughter who is a nurse, tried to revive him,” Pellosis’ son, Carl, told Rappler through a phone interview.

“Then, we brought him to Manila Doctors emergency room but they were unable to revive him. It was cardiac arrest.”

Gone is a pillar of Philippine track and field for not only was Pellosis a top coach but ran competitions smoothly and lectured on athletics to students and PE teachers.

But in his role in assisting Lydia’s father-coach Tatang de Vega, Pellosis showed his mettle.

“Coach Claro improved Lydia’s arm swing. He made sure she had something extra left in the last 20 meters. Relaxation was stressed,” said coach Jojo Posadas, husband of De Vega’s top rival Elma Muros, in a separate phone interview.

Pellosis wound up assisting Tatang until de Vega retired in 1994.

Pellosis, with Rogelio Onofre, Isaac Gomez, and Remigio Vista, made up the 4×100 meters relay squad that won in the 1962 Asian Games. It was the second and last time the Philippines won the sprint relay in the Asiad.

Pellosis’ inclusion baffled many.  His true event was the 200 and 400 meters. But in the trials, Pellosis hung back after his usual quick start, acceleration, then pour it on.

A fire burned down the Pellosis home in Paco in 2003, gutting his gold medal and mementos. By this time, Pellosis was a highly regarded director of track and field meets, mixing formality and humor.

Events were run on schedule and sportswriters were at ease when the smiling Pellosis would brief them impromptu on key results.

“There are few people like him around,” said Benjamin Silva Netto, former secretary-general of the  Philippine Amateur Track and Field Association.

As head coach, Pellosis would allow the younger ones enough room. When a decision appeared wrong, he would take the coach aside and quietly but firmly tell what must be done.

“He guides you. He teaches you,” said Posadas, who served under Pellosis in the Southeast Asian Games.  – Rappler.com