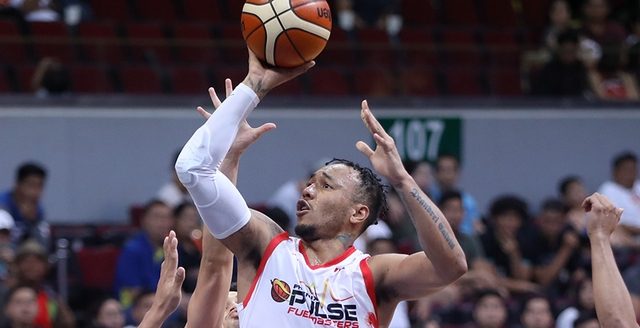 MANILA, Philippines – Calvin Abueva is not wasting time keeping himself in shape as he continues to serve his indefinite suspension in the PBA.

“The Beast” was seen playing basketball in a league in Montalban, Rizal – suiting up for Barangay San Isidro.

Known for his intensity and energy on the floor, Abueva was caught on video banging bodies with the opposing players.

The Phoenix forward last played a PBA game in June before he was suspended indefinitely by commissioner Willie Marcial for his involvement in back-to-back on-court incidents.

He figured in a verbal altercation with actress Maika Rivera – girlfriend of Blackwater rookie Ray Parks – and almost came to blows with TNT import Terrence Jones as they exchanged cheap shots.

Without Abueva, Phoenix piled up a 4-7 record in the Commissioner’s Cup and missed the playoffs for the first time since acquiring him last year.

It is still unknown when Abueva will return to the PBA hardcourt. – Rappler.com