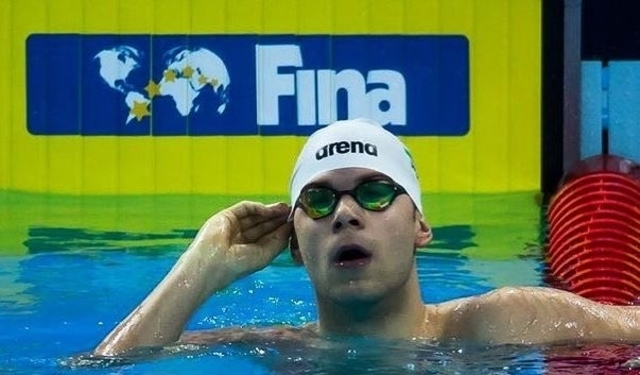 SEOUL, South Korea – Hungarian swimmer Tamas Kenderesi has been charged with a sexual harassment offense following the world championships in South Korea but has been given permission to leave the country, prosecutors said Wednesday, July 31.

The 22-year-old Olympic bronze medalist was formally accused of committing an indecent act by compulsion, an official at the Gwangju District Prosecutors’ Office told AFP.

She said Kenderesi had paid a deposit of 3 million won ($2,500) towards any fine. The charge is a summary offense under South Korean law and will be dealt with administratively, without a courtroom trial.

Kenderesi has admitted to “thoughtlessly touching” a nightclub dancer but denied allegations of sexual harassment.

He had been banned from leaving the South while police investigated the incident at a bar in Gwangju, around 330 kilometers south of Seoul, at the weekend.

The “next procedure” would be lifting the departure ban, the prosecution official said, but did not confirm whether the swimmer had already left the country.

Kenderesi finished last in the 200 meters butterfly world championship final last week, but took bronze in the event at the 2016 Rio Olympics. – Rappler.com