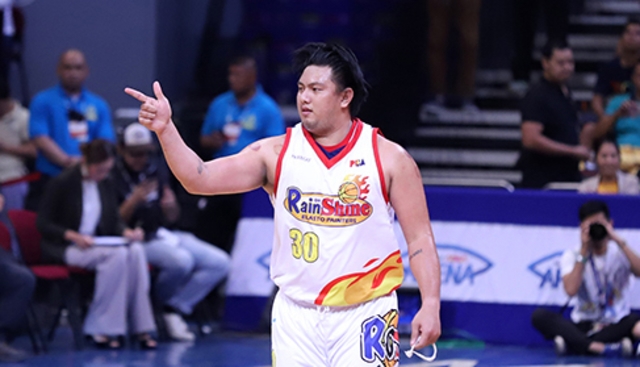 MANILA, Philippines – Not this time.

Beau Belga said Rain or Shine has learned from its past mistakes as it avoided elimination with a grind-out 112-104 win over San Miguel in Game 3 of the PBA Commissioner’s Cup semifinals on Wednesday, July 31.

In the first two games of the best-of-five duel, the Elasto Painters squandered double-digit leads to fall prey to the Beermen – wasting a 13-point advantage in Game 1 and blowing a whopping 29-point cushion in Game 2.

Rain or Shine seemed destined to suffer the same fate in Game 3 after seeing its early 18-point lead vanish at halftime, but displayed the grit and composure it lacked in the first two games to stay alive.

“Coach Caloy [Garcia] wanted us to be physical so that they would feel challenged by us. We stuck to that and that’s the difference in this game.”

Talking about how his teammates should face the fear against the mighty Beermen when they went down 0-2 in the series, Belga walked the talk as he knocked down crucial buckets when the game was still in the balance.

He drilled in a three-pointer with less than 4 minutes for a 98-97 lead before taking matters to his own hands in the final 15 seconds by sinking the pull-up triple over June Mar Fajardo that sealed the deal.

Belga finished with 16 points, 7 rebounds, 6 assists, and recorded a game-high plus-minus of +29.

“I told myself, ‘I will shoot this no matter what happens.’ It went in, so okay. If it missed, it’s up to the Lord what will happen to us,” Belga said.

“I just made a three-pointer so I was thinking, ‘This is my shot, don’t interfere.’ The result was good so I hope it will be like this next game.”

A point of focus on defense for Rain or Shine in Game 4 is Chris McCullough, who erupted for a career-high 51 points on top of 14 rebounds and 3 assists for San Miguel.

But Belga would take a 50-point game from McCullough any day as long as it does not end up in a triumph.

“If he scores 60 and we win, thank you again. You need to involve everybody. If he scores 70 next game, it’s okay as long as his teammates score only 2 points each,” Belga said.

The Elasto Painters hope to drag the Beermen to a do-or-die match when they meet in Game 4 at the Araneta Coliseum on Friday, August 2. – Rappler.com