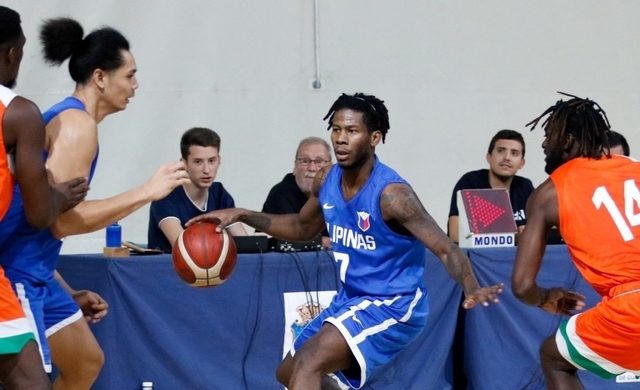 Andray Blatche churned out 18 points, 10 assists, and 7 rebounds as the Filipinos erased a double-digit lead by the Ivorians behind a strong second-half surge, as per reports by Paolo del Rosario of SBP-CignalTV.

Down 19-28 after the opening quarter and 45-50 by halftime, the Philippines found its footing in the last two periods to go 2-of-2 in its practice games in Guadalajara following its 22-point romp of Congo a day ago.

Paul Lee chalked up 16 points, Japeth Aguilar had 12 points, while CJ Perez added 11 points for Gilas, which missed the services of veteran Gabe Norwood due to a mild groin strain.

But according to Del Rosario, Norwood is expected to make a fast recovery within 2 or 3 days.

The Philippines will head back to Madrid before travelling to Malaga, where they will face Congo again to start a pocket tournament on Thursday, August 8 (Friday, August 9, Philippine time).

Whichever team wins will tangle with the victor between Ivory Coast and Spain. – Rappler.com