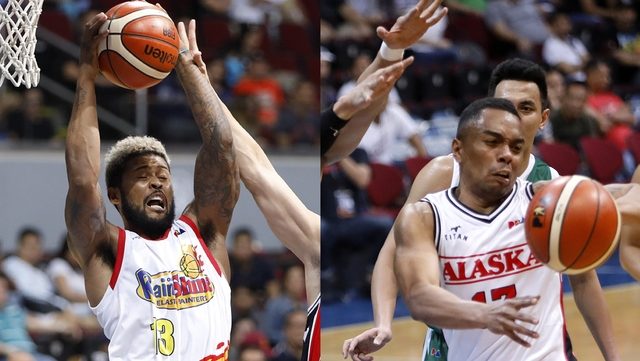 MANILA, Philippines – Maverick Ahanmisi and Ping Exciminiano will be suiting up for a different team for the first time in their PBA careers as Rain or Shine and Alaska agreed to a trade.

The PBA on Friday, August 16, approved the deal that saw the Aces acquire Ahanmisi from the Elasto Painters, who received Exciminiano and a first-round pick in the next rookie draft.

Following a stint with the University of Minnesota in the US NCAA Division 1, Ahanmisi was drafted third overall by Rain or Shine in 2015.

He then helped the team, which was still under the tutelage of Yeng Guiao, win the Commissioner’s Cup crown the following year.

Exciminiano, meanwhile, was nabbed by Alaska in the second round of the 2013 draft after his UAAP career with FEU.

He quickly established himself as one of the peskiest guards in the league by being named to the All-Defensive Team in 2015 and 2016. – Rappler.com