Gilas gets glimpse of next foes as Serbia crushes Angola 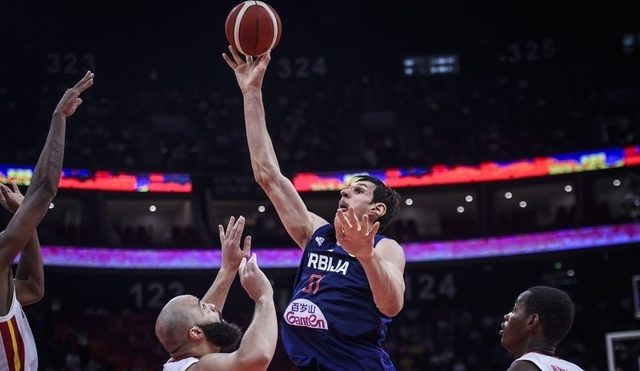 FOSHAN, China – Gilas Pilipinas caught a glimpse of its next two opponents in the FIBA World Cup as Serbia obliterated Angola by 46 points in Group D on Saturday, August 31.

The Philippines will be facing Italy at 7:30 pm on Saturday and will look to start off its campaign on the right foot needing at least two victories to secure a place in the second round.

Serbia, meanwhile, showed why it’s one of the favorites to take home the Naismith Trophy by handing Angola a sound 105-59 beating in front of a jampacked GBA International Sports and Cultural Center here.

Bogdan Bogdanovic showed the way for Serbia with 24 points off 5 triples, Nikola Jokic came off the bench and contributed 14 points, 6 assists, and 5 rebounds, while Boban Marjanovic added 12 points and 10 rebounds.

The Serbians shot a scintillating 65% from the field, utilizing their hot shooting to lead 50-32 at halftime.

It only got worse for the Angolans since then as they got buried by as many as 49 points.

Carlos Morais and Paulo Leonel were the only Angola players in double figures with 15 and 10 points. – Rappler.com