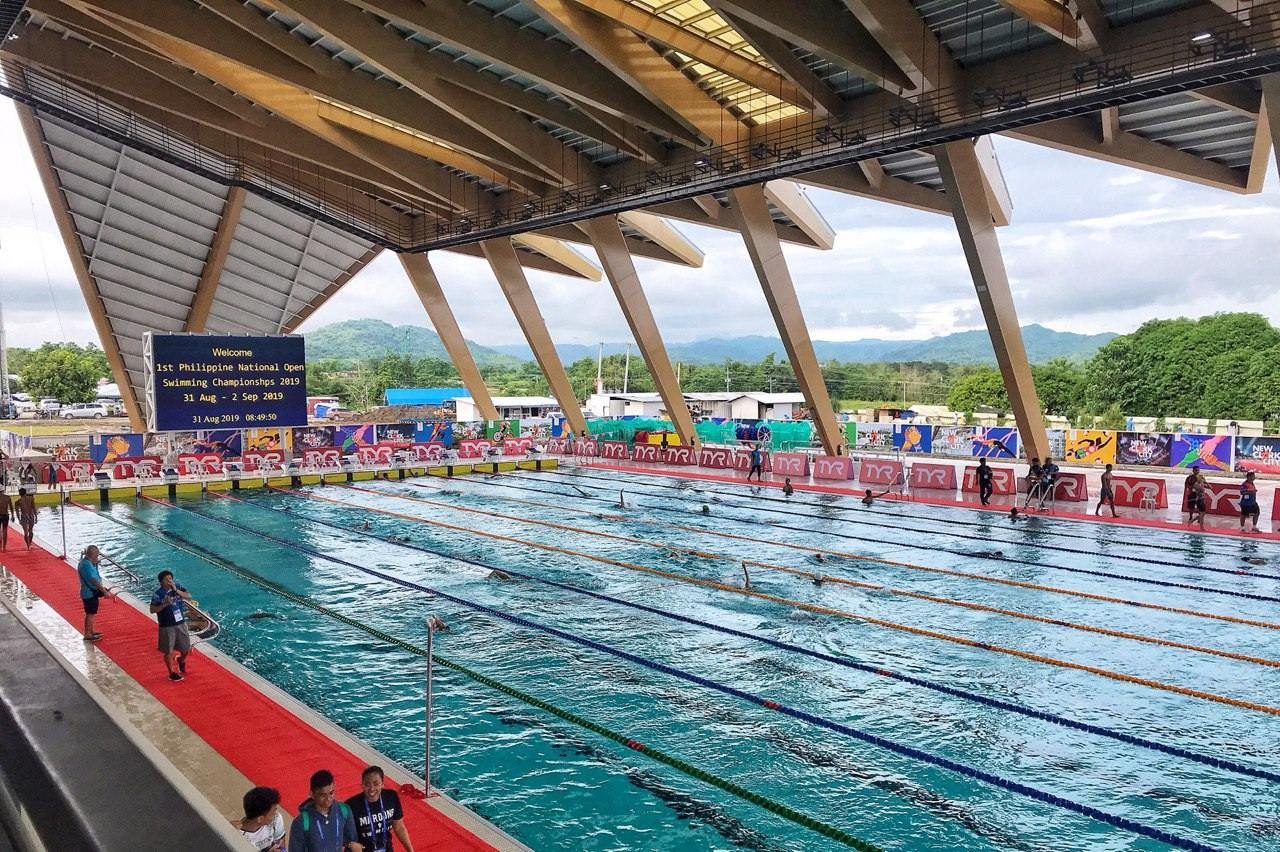 MANILA, Philippines – Philippine swimming became the first team to test the New Clark City Aquatics Center, which will serve as venue of the 2019 Southeast Asian (SEA) Games swimming tournament from December 4 to 9.

“The whole swimming community is grateful that the pool was finished, so that was all that mattered to us and our swimmers got to swim in this state of the art Olympic-sized pool. We’re satisfied and grateful,” said Philippine Swimming Inc president Lani Velasco.

The participants had a chance to swim in the Olympic-sized competition pool that fell under the “fast pool” standard and used touch-pad technology, as well as the 25-meter training pool. Spectators were also given access to the bleachers that’s expected to seat 2,000 people and provide a good view of the action. The Pinoy swimmers also checked in the Athlete’s Village, which features rooms with twin-sharing and triple-sharing options, air conditioning, and shuttle buses to take them to and from the venue.

However, spectators were only allowed to park their vehicles outside the New Clark City sports complex, which still has an area with unpaved roads and no parking lines. Interested viewers need to take a shuttle bus from the parking area to the Aquatics Center due to security purposes, according to project partner Bases Conversion and Development Authority (BCDA).

This is the shuttle bus that spectators have to take in order to enter New Clark City | @beebeego09 pic.twitter.com/Da1e1V0AnN

The tight security also affected the families of the participants as BCDA enforced a no-bag policy unless they used transparent or plastic bags. The case was the same for those who brought opaque reusable tumblers, forcing visitors to buy bottled water.

BCDA is enforcing a no-bag policy where spectators, including swim parents, were asked to put their things in plastic bags instead.

But PSI said the initial problems were sorted out with the Philippine Sports Commission (PSC) officials present in the ingress.

“We got a lot of help” said Velasco. “PSC helped us, and this would not be possible without chairman William Ramirez. The distance and everything worked out. There were some problems, but BCDA granted all our requests, so everything went well.” – Rappler.com