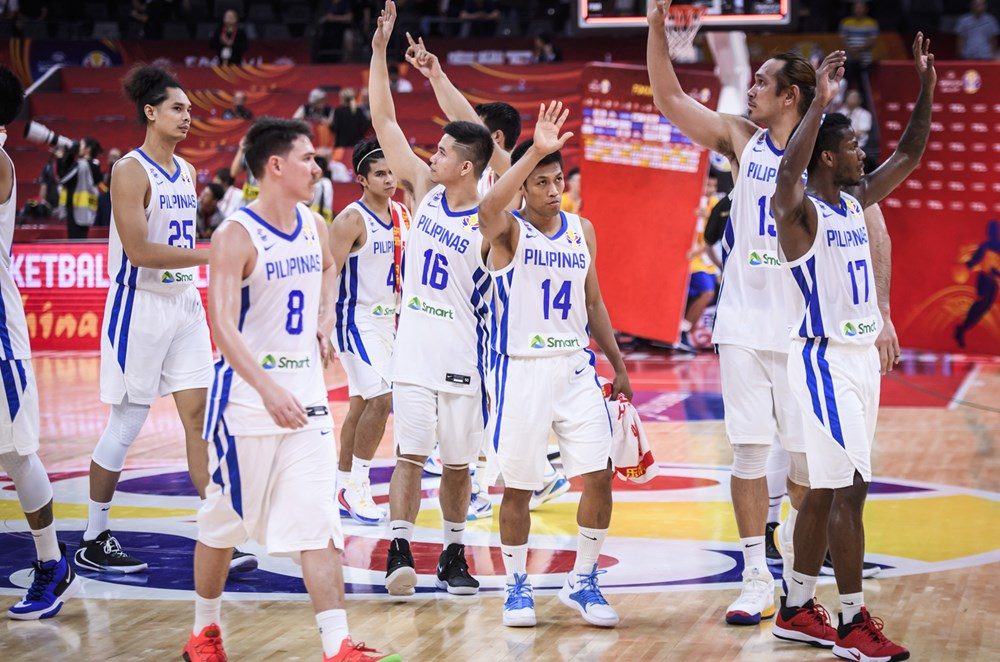 Facebook Twitter Copy URL
Copied
The last time the Philippines was in the World Cup in 2014, the entire country felt like it was in celebration. We wanted to feel that again

MANILA, Philippines – It’s tempting to fantasize about an ideal world, one where the harsh realities of life are simply overcome by unrelenting will, stubborn courage, and more heart. It makes us feel nice and safe, because what else is more fulfilling than having the capability to do anything that makes our souls happy, right?

Isn’t that what living is supposed to be about?

And then every once in a while, life hits us with a cold splash of reality on the face.

No, the world is not fair.

No, life is not a fairy tale.

No, there’s not going always going to be an epically-scripted comeback for a happy ending.

In their first game at the 2019 FIBA World Cup, 5 years after Gilas ended a 40-year dark era thanks to Jimmy Alapag, Italy dosed the Philippine men’s national basketball team with the hard truth: matched up to one of the world’s elite in basketball, the Philippines were the beaten and the bullied, and their opponents were their unmerciful bullies.

On the first play of the game, Italy center Paul Biligha easily hit a jumper over the long outstretched arms of naturalized Filipino Andray Blatche, who looked overweight by at least 20 pounds.

Unsurprisingly, Blatche was not able to draw much lift on his jumps, and that became a sad recurring theme for the game. The in-shape Biligha easily scored 2 points, roared to the crowd, and the whipping had begun.

Slowly by slowly, with each shot more lethal, the Italians hit Gilas with knockout blow after another. From a spectator’s view, three-pointers looked as easy as making free throws for them, while the shorter Philippine side connected a giant 0 on their first 17 attempts from downtown.

Before the game, Gilas coach Yeng Guiao hoped Italy would go easy on the Philippines, which wasn’t a sign of confidence to begin with, and his team received treatment that was far worse than anyone could have imagined.

In the blink of an eye, the score was 22-4, and when the 1st quarter concluded, it was 37-8. Suddenly, it turned 48-12. The slower and older Blatche missed a dunk. Italy scored. 50-16. Each time you checked your phone for a message, they hit another three-pointer. When you went to the kitchen for a plate of wings and a bottle of beer, the Italians added another 10 points to their lead. When halftime arrived, the score was 62-24, and the only question which remained was whether or not Gilas could lose by less than 40.

There are many flaws in the national team that have been hidden under an umbrella of pride, emotion, and everlasting hope. The last time the Philippines was in the World Cup in 2014, the entire country felt like it was in celebration. We wanted to feel that again. We wanted the riveting emotions of going toe-to-toe against the best in the world, and fighting them to the bitter end. Because even if Gilas lost, in their brave showing, we looked at them as victors. We felt like victors through them. We found hope in them.

That’s why despite the rushed roster construction, unfortunate multitude of injuries, and laughingly short practice time, we dared to dream they could pull off the impossible. After all, they were already so close before. And Italy, not as strong as Serbia, but potentially beatable, was the best shot.

Isn’t that how the story is supposed to go?

After watching his team get decimated in a way that he will forever be haunted by the memory of, Guiao summarized the brutal truth of why their opponents outclassed them in every aspect of the game:

“They moved the ball really well. Anywhere or everywhere the ball lands, it’s a threat… The problem there is we did not have that kind of speed. There’s always a problem when you rotate and your bigs are not able to keep up with that kind of rotation.”

That means you, Andray.

Here’s another important point that Guiao noted: Italy’s guards were so tall that they could defend the Philippines’ bigs, and the Italian bigs were so athletic that they could stay in front of Gilas’ shorter guards. Over the years, analytical studies about basketball have become smarter and more complex, but sometimes, and especially in FIBA, it comes down to the simple question of who’s bigger and taller.

Italy was way bigger and taller than the Philippines. Not only that, Italy was the way smarter team. They passed the ball more times in one quarter than Gilas passed it to each other in a half. The basketball moved around like a Frisbee, so much so that it was confusing to even keep track of it on a television.

The Italians played such beautiful basketball against a bewildered Gilas defense that they almost made it look like art. Italy’s players were so wide open that they had enough time to pose for a second before letting the ball fly. On the other side, the Philippine players could barely see the rim.

Everyone knew Italy was more talented, and to beat a team superior to you in talent, out-working them is at the very least mandatory. Italy out-worked the Philippines. They came in more prepared. It’s not an over-exaggeration to say that as a Gilas fan, that game was dispiriting to watch. With each Italy miss and Gilas make, somewhere, someone said, “Hay, salamat!”

His political and business decisions aside, Philippine President Rodrigo Duterte’s face was a representation of the country’s mood when he was shown on television in the first half. Stoic. On the next play, Alessandro Gentile hit another three-pointer while half his body fell to the ground. It went in. Because, of course it did. If it was this bad against Italy, how much worse could it be against Serbia?

Technically, the Philippines can still make the next round. Maybe they can beat NBA MVP candidate Nikola Jokic and the rest of the Serbians, or maybe put up a good fight, or at the very least, perform better than they did against the Italians. Maybe Gilas can defeat lower-ranked Angola and come home with one win, the same accomplishment they had in 2014, albeit not as momentous, which was a highlight in Philippine sports history.

But after last night’s prime time game with a far from prime time performance, can we say that Gilas is the favorite against Angola?

Maybe it’s time to give the reins of the team to the younger Kiefer Ravena, Robert Bolick, and CJ Perez, who all grew up in the fluid, new-era style of modern basketball, which is most apparent in FIBA. Maybe it’s time to play June Mar Fajardo more than Blatche, because the man considered the PBA’s “Greatest of All Time” has proved time and time again he can perform at the global stage.

The beauty of Philippine basketball is the national team will always have men like Bolick, who will sacrifice his body to dive for a loose ball in a game where his team is already guaranteed of a loss.

That’s the embodiment of “Puso.”

Puso, however, is not enough. Italy had their own puso. Serbia and Angola will play with puso. Everyone in the World Cup will.

There will always be hope for Philippine basketball, especially with a rabid fan base backing them until the very end, without any conditions.

But for one night, on the basketball court, Italy showed Gilas how far they still have to go. – Rappler.com