Blatche not playing up to par, but Guiao not pointing fingers 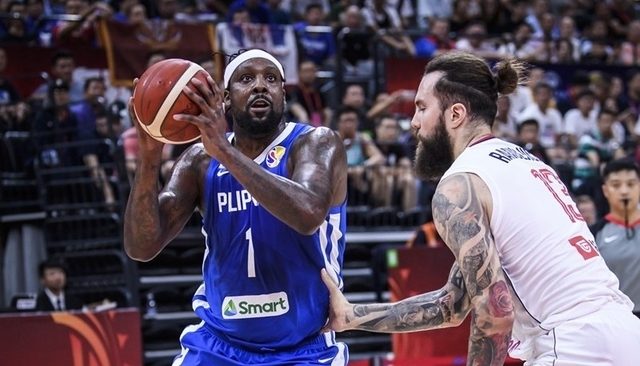 FOSHAN, China – Gilas Pilipinas coach Yeng Guiao said now is not the time to find blame even with Andray Blatche failing to live up to expectations as the team’s lone naturalized player in the FIBA World Cup.

The former NBA player has not made much of an impact for the Philippines in its first two games – both ending in blowout losses – as he averaged 10 points, 7 rebounds, 4 assists against 5.3 turnovers.

In their 46-point loss to Italy, Blatche finished with respectable numbers of 15 points, 10 rebounds, and 2 steals, but accounted for 9 of their 23 turnovers.

Against a Serbia crew that blew them out by 59 points, though, Blatche was nowhere to be found after recording 5 points, 6 assists, 4 rebounds, and tallying a team-worst plus-minus of -45.

“Of course we’re all disappointed. I’m sure he’s also disappointed. But this is not the time to find blame on anybody,” Guiao told Filipino reporters.

“There’s still games to play so I guess the thing to do now is regroup and focus on playing better in the next few games, which I think are winnable games.”

Blatche played a crucial role in leading the Philippines to its second straight World Cup, norming 16.0 points, 12.4 rebounds, 3.9 assists, 2.1 blocks, and 2.0 steals in the 8 Asian Qualifier matches he saw action in.

He even played like a man possessed in the game that secured the country its seat in the global hoops tilt, erupting for 41 points on top of 13 rebounds, 4 steals, and 2 blocks against Kazakhstan in February.

That Blatche has not showed up in the World Cup

“We rely a lot on Andray Blatche. And he’s our leader. We look to him to just maybe tide us over during hard times. But again he was also struggling,” Guiao said.

Guiao, however, said Blatche can still deliver with the Philippines still playing 3 games – against Angola to wrap up its Group D campaign and against the bottom two teams from Group C in the classification stage.

“I guess the best way for him to make up and for us to make up as a team is to be able to play well and try and win the next few games that we will play.”