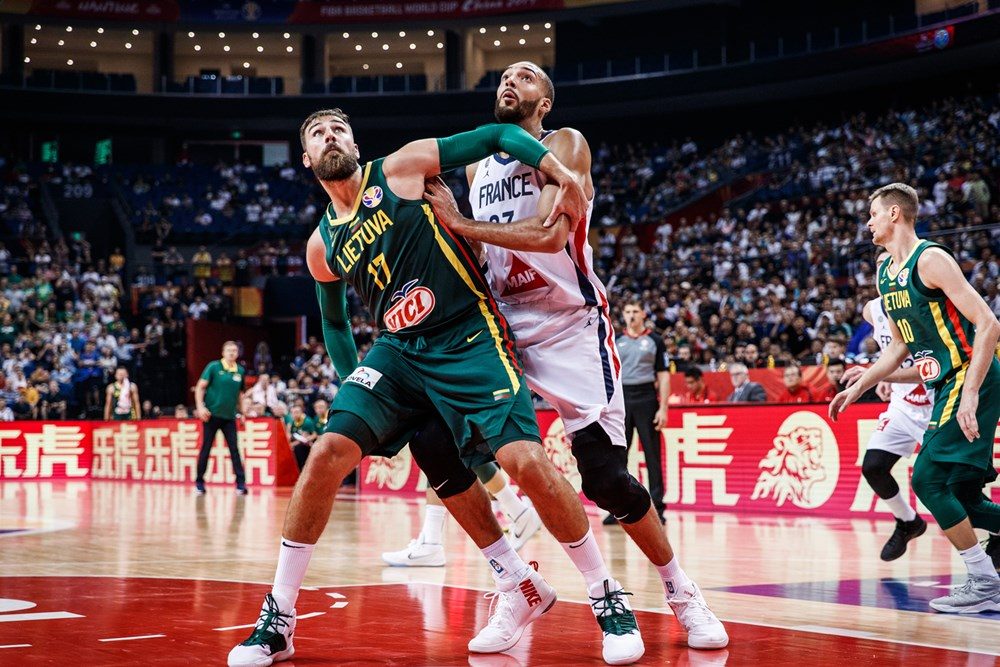 SHANGHAI, China – Basketball’s governing body on Sunday, September 8, removed from the World Cup blundering match officials who made an error in the dying seconds of Lithuania’s tournament-ending loss to France, but the result stands.

Lithuania’s furious coach Dainius Adomaitis lashed out at FIBA after Saturday’s 78-75 defeat to France, who moved into the quarterfinals at his team’s expense.

The crucial mistake occurred with the French leading just 76-75 at the time.

“FIBA has determined that during the last free throw attempt by Lithuanian player number 17 (Jonas Valanciunas) with 30.8 seconds remaining in the 4th quarter, French player number 27 (Rudy Gobert) touched the rim while the ball was in contact with it,” said a statement.

“The correct decision should have been to call a basket interference and one point awarded for Lithuania.

“The officials of this game will not officiate any more games of the FIBA Basketball World Cup 2019.”

The referees in charge were Antonio Conde from Spain, Daniel Garcia Nieves from Venezuela, and Argentina’s Leandro Lezcano.

Their expulsion will do nothing to temper the anger of Adomaitis, who swore and slapped the table in the post-match press conference after Lithuania’s fate was sealed in Nanjing.

“Ask questions to FIBA, why are you asking me?” he snapped at journalists.

“This is a joke, this is not basketball.”

Valanciunas was more measured but no less disappointed, saying: “What happened at the end was kind of tough.

“It was not acceptable, the last couple of calls were terrible. There has to be something done.” – Rappler.com