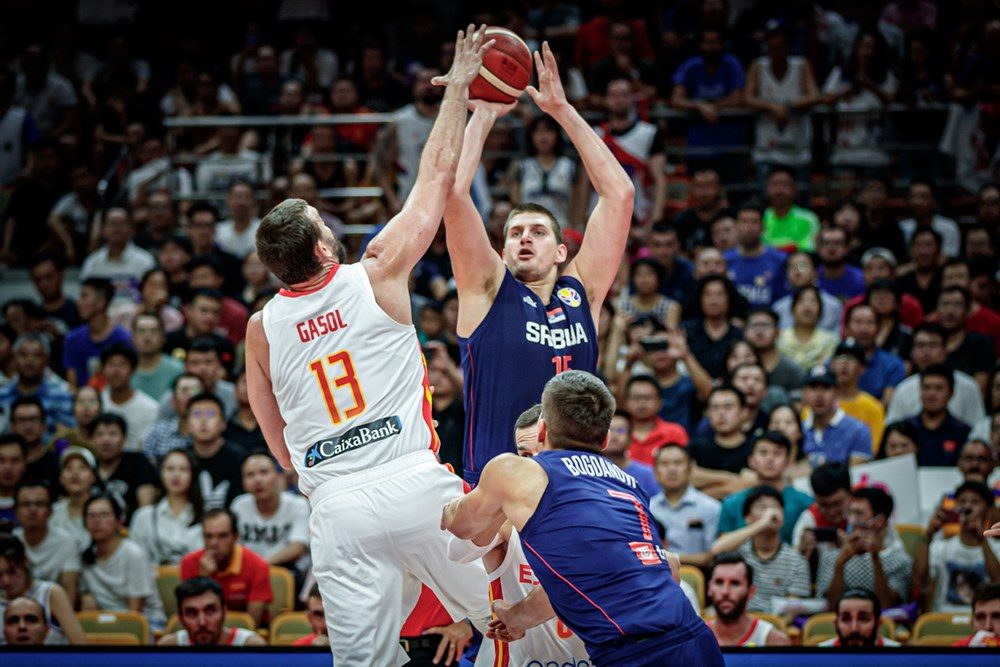 WUHAN, China – All-Star Nikola Jokic was ejected in the 3rd quarter as strongly fancied Serbia got stunned by Spain, 81-69, to blow the FIBA World Cup wide open on Sunday, September 8.

Led by Ricky Rubio of the Phoenix Suns, Spain set up a quarterfinal meeting with surprise packages Poland on Tuesday while Serbia will need to pick themselves up quickly for Argentina on the same evening.

Spain and European rivals Serbia had already qualified for the last 8 in China but Group J supremacy and a supposedly easier game in the next round was at stake.

Serbia, the reigning world and Olympic silver medalists, behind the Americans, had looked imperious in their previous 4 matches, but this loss will raise questions about their title credentials.

Serbia coach Sasha Djordjevic said Spain proved to be the better team and refused to use the loss of Jokic as an excuse.

But he had harsh words for his key man, saying: “I did not like the stupid reaction of my player, who should be on the floor.

“We can even lose with him, why not if the other team is better? But he should stay on the floor and be one of the leaders.”

In one of the most eagerly anticipated games of the tournament so far, Spain surged back from a slow start in the 1st quarter to lead by 8 points at halftime in Wuhan.

Serbia, who had looked the chief threat to the young roster of reigning champions the US, got rattled for the first time in China.

Midway through the 3rd quarter, their chances of making a comeback suffered a fatal blow when Denver Nuggets’ Jokic – one of the World Cup’s biggest names – was turfed out of the game after rowing with the referee.

The 24-year-old was irritated initially by the close attentions of Spain’s defense and made his feelings clear to the officials.

The plain-speaking Djordjevic said he had already spoken to Jokic about the incident.

“We don’t have time for long meetings, he knows (he was wrong),” said Djordjevic.

“He’s a tough kid, one of the greatest right now, (so) we need him on the floor.

“I hope it won’t happen again and this is a moment for him to grow.”

Bogdan Bogdanovic of the Sacramento Kings was again key for Serbia, keeping them within range of Spain with 26 points, 10 rebounds and 6 assists.

Rubio racked up 19 points for the Spanish while veteran center Marc Gasol had 6 rebounds and 6 assists.

Argentina topped Group I – and teed up a meeting with Serbia – after a dominant 91-65 victory over Poland. Both had already reached the last 8. – Rappler.com