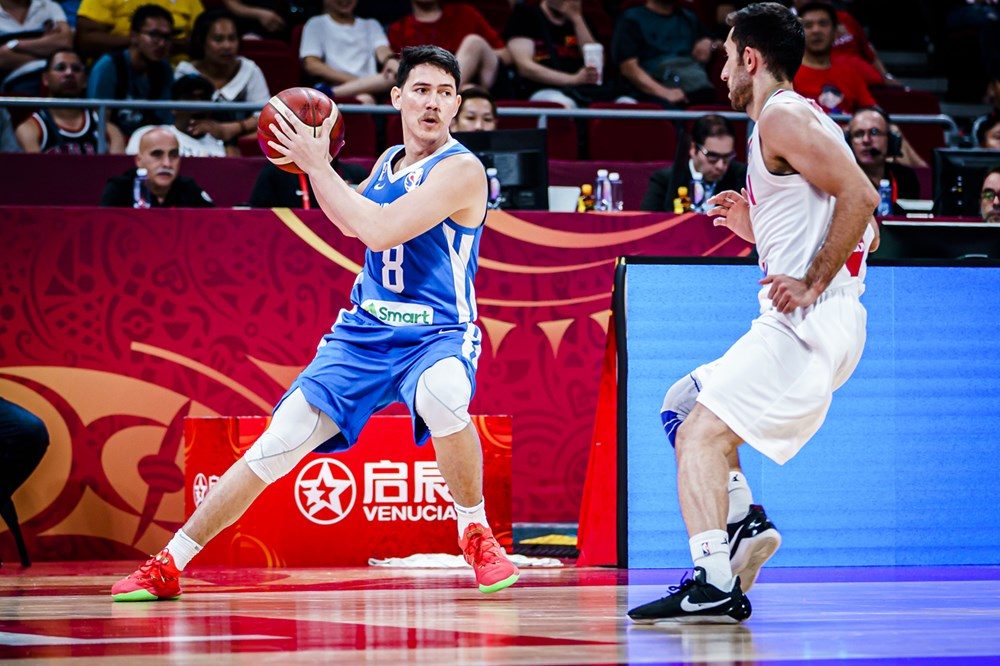 BEIJING, China – In a stage as big and prestigious as the FIBA World Cup, Gilas Pilipinas got a harsh reality check.

Robert Bolick stressed the need for a longer preparation time after the Philippines’ World Cup campaign ended without a single win in 5 games following a 95-75 demolition from Iran on Sunday, September 8.

“It’s an eye-opener for us, for our country – to find time to prepare, especially for a tournament of this magnitude, the World Cup,” Bolick said in a mix of Filipino and English. “It’s the best teams here. This isn’t to be taken lightly.”

Gilas only managed to train with a complete roster less than two weeks before the World Cup as June Mar Fajardo, Roger Pogoy, and Troy Rosario were seeing action in the PBA Finals.

That obviously did not work out well for the Philippines as it lost by a combined 147 points and could wind up dead last in the 32-nation joust – a painful setback after placing No. 21 out of 24 countries in the 2014 edition.

“Just sucks. I’m still young, but for Gabe [Norwood], for those guys, they feel like this is their last [World Cup]. I feel their pain.”

Bolick also felt for head coach Yeng Guiao and his staff, whom he said will be the subject of blame for the World Cup fiasco.

“It sucks. Losing. 0-5. I just feel bad for the coaching staff, they really did well. They scouted, some of them have no sleep,” Bolick said.

Although reeling from their painful World Cup experience, Bolick thinks Filipinos will eventually exact revenge on the Iranians, who couldn’t conceal their jubilation  after the win that secured them an outright berth in the 2020 Tokyo Olympics.

Bolick tried as much as possible to spoil the party for Iran by pouring in all of his 15 points in the final quarter as the Iranians tried to pad their lead to wind up as the best Asian team in the World Cup, which comes with an automatic Olympic slot.

Their deficit, however, proved too large to overcome.

“The thing that they did, their jumping and everything, it’s going to be a motivation,” Bolick said. That’s never going to happen again.”

“For sure we’ll see them again. Feel the pain, suck it in, but we’ll bounce back for sure.” – Rappler.com