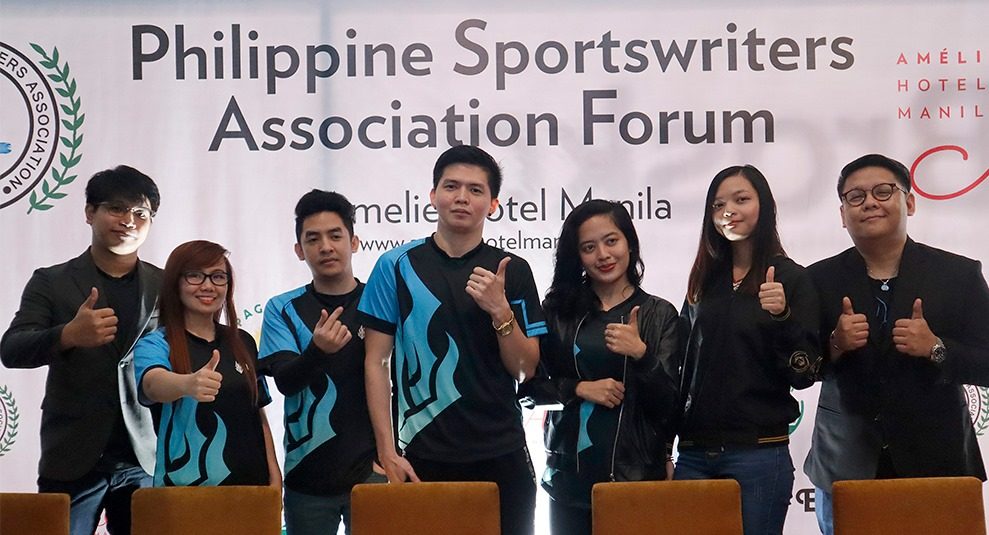 Kevin “Gambit” Dizon and Caviar “Enderr” Acampado were both named as part of the Sibol national training pool and are optimistic about their chances of being tapped to represent the country in the November 30 to December 11 biennial meet.

Dizon is the Arena of Valor team captain, while Acampado is a champion player in StarCraft2. Together, they form part of the Team Liyab Globe Telecom’s professional esports team in partnership with Mineski.

(I’m confident that I’ll be able to qualify for the SEA Games because those who we usually compete against are participating.)

Dizon and Acampado were among the top 36 eSports players directly invited to become part of the national pool, and together with 40 others who passed the qualifiers, were evaluated and competed in the Sibol National Pool Combine held last August 29 to 31 at the Ayala Malls Circuit.

From there will be chosen the country’s representatives to the esports events in the SEA Games that will include Dota 2, Mobile Legends: Bang Bang, Arena of Valor, Tekken 7, Hearthstone, and StarCraft II

Liyab team manager Gerald Sobrepena believes Dizon, Acampado, and the other members of Team Liyab who are in the Sibol training pool will make the national team.

“I think they were able to show their best and show that they deserve to be part of Sibol (national team),” Sobrepena said.

To show that its support for Team Liyab is a continuing process, Dennis Christian Dominguez, head of strategy at Globe Games and esports, mentioned that Globe is also considering the establishment of an eSports school in the country just like what Singapore recently did. (READ: eSports at the grassroots: Bringing the game back to town)

“In terms of establishing a school (eSports) here, that’s also a possibility,” he said about the need to create a Philippine institution that will cater to the fastest growing sport in the world.

The two ladies are fresh from competing in the Female Esports League League of Legends Tournament held at the Suntec Convention Center in Singapore last September 5 to 8. – Rappler.com