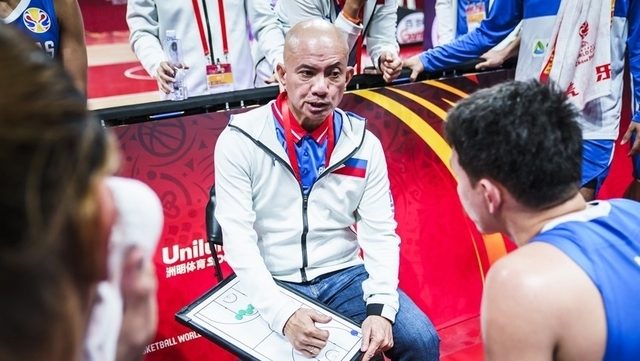 MANILA, Philippines – Yeng Guiao will no longer call the shots for Gilas Pilipinas in future tournaments as he stepped down from his post following a winless campaign in the FIBA World Cup in China.

The Philippines finished dead last in the global hoops tilt after failing to notch a win in 5 games and accumulating the worst point differential in the entire tournament with a whopping -147 points.

Arriving in the country from China on Tuesday, September 10, it did not take long for Guiao to resign.

“I am sorry we could not deliver a better performance,” Guiao said in a statement relayed through the Samahang Basketbol ng Pilipinas (SBP) on Wednesday.

“Our players gave their best against talented, bigger, stronger, and better prepared athletes from the best teams in the world.”

“[I] am stepping down, as of today, as the head coach of the Gilas men’s basketball team in order to give the SBP a free hand in building and developing a program towards achieving our objective of competing with the best of the best.”

Guiao was given the coaching reins for the national team in the middle of last year in the aftermath of the infamous Philippines-Australia brawl that saw former head coach Chot Reyes among the 12 Filipinos suspended.

His return at the helm was in the Asian Games in Indonesia, where Guiao steered the country to its best finish in 16 years at 5th place.

Reyes stepping down from the Gilas Pilipinas program followed, allowing Guiao to officially take over as head coach in the second round of the World Cup qualifiers.

The journey towards the World Cup, however, did not start well for Guiao and his retooled squad after dropping 3 of their 4 games in the fourth and fifth windows.

But with Andray Blatche and several key players returning from their suspensions, Guiao guided the team to a sweep in the sixth and final window as the country reached the World Cup for the second straight time.

“After all the hard work and struggles, the stars aligned for us and the Philippines made it to the top 32 elite teams in the world – and this, only a year after the team was almost decimated by suspensions,” Guiao said.

“It is in this context that I view my year of leading this program in a positive light.”

Guiao and his crew, though, were dealt a harsh reality check in the World Cup.

The Philippines was clobbered by a combined 105 points by Italy and Serbia to start the tournament and closed the group stage with a heartbreaking overtime loss to Angola.

Even in the classification round, Gilas Pilipinas was not able to find relief as it got blown out by a combined 39 points by Tunisia and Iran.

“I knew what conditions existed, what the limitations were, and still, I accepted the challenge. I hold myself responsible for the consequences.”

Still, Guiao did not have regrets over accepting the job as national team head coach.

“Even if I had known from the beginning that this would be the end result of my decision to accept this coaching job, I would have had no second thoughts in making the same decision,” Guiao said.

“I have no regrets in having taken the path I have taken in the past year; the only regret is that I would have wanted the team to have performed better on the world stage.” – Rappler.com