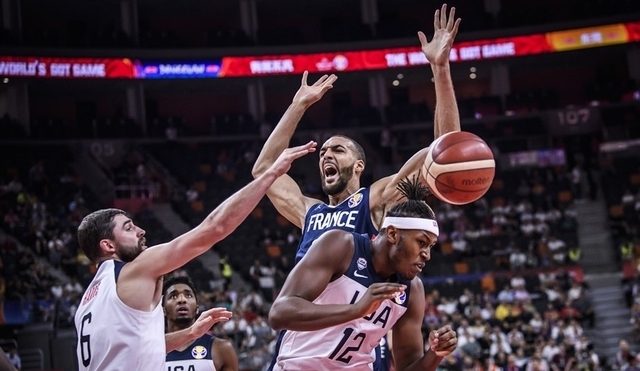 MANILA, Philippines – Veteran Filipino referee Bong Pascual once again officiated a USA game in the FIBA World Cup, but this time, the two-time defending champion did not end up with a win.

In fact, USA was showed the door and saw its bid of becoming the first team in history to win 3 straight world titles crushed after a stunning 79-89 quarterfinals loss to France in Dongguan, China on Wednesday, September 11. France will face Argentina in the semifinals, while USA was relegated to the classification round and will tangle with Serbia. 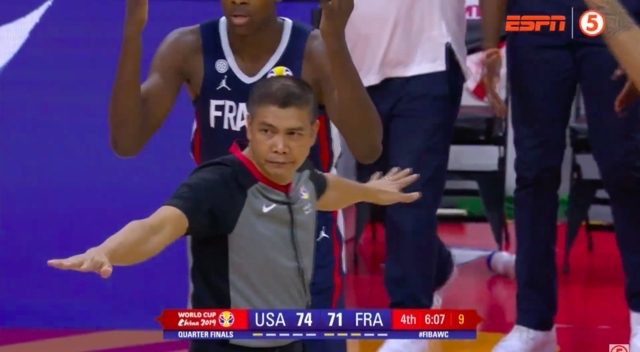 Officiating in the 2014 World Cup and the 2016 Summer Olympics, the 49-year-old Pascual was among the 56 referees selected in this edition of the world championships.

He worked USA’s games against Turkey and Greece earlier in the tournament. – Rappler.com