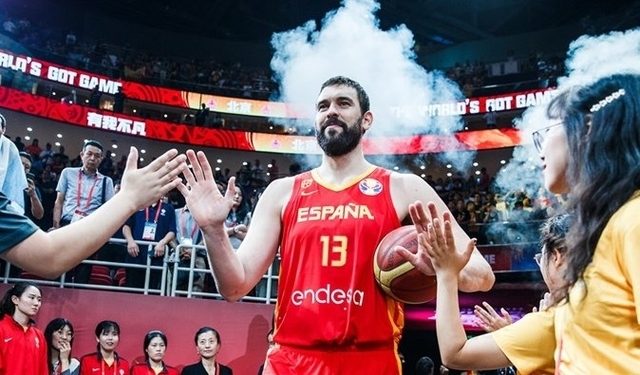 BEIJING, China – Marc Gasol became only the second man to win an NBA crown and a FIBA World Cup title in the same year after Spain brushed aside Argentina, 95-75, on Sunday, September 15.

Spain, which survived in double overtime against Australia to reach the final, led throughout to seize the biggest prize in international basketball for a second time.

The only previous occasion was in 2006 with the two Gasol brothers, Marc and older sibling Pau, on the team.

Pau, though, did not feature in China because of injury.

The latest triumph was particularly sweet for the 34-year-old big man Gasol, who 3 months ago played a key part for Toronto Raptors in wresting the NBA championship from the Golden State Warriors.

Gasol – who had 14 points, 7 rebounds and 7 assists – joined Lamar Odom, a double winner in 2010 with the United States and the Los Angeles Lakers.

“What can I say? How does it sound to you?” Gasol told reporters of his personal feat.

“I feel very fortunate to be in this position, to play this game and help these guys.”

“All of the things you sacrifice, it’s worth it. What a year, what an amazing year.”

Rubio, meanwhile, bagged the finals and tournament Most Valuable Player plums as he capped off his impressive World Cup stint with 20 points, 7 rebounds, and 3 assists. – Rappler.com