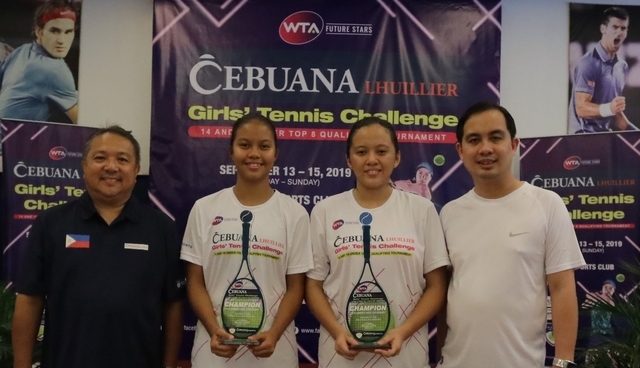 Displaying championship composure, the top seed Milliam dominated Jufe-Ann Cocoy, 7-5, 6-3, in a fast-paced finals match to capture the U14 title.

Third seed Maneja, meanwhile, pulled off a huge upset in disposing of top-ranked Jenaila Rose Prulla, 6-4, 1-6, 10-2, to reign supreme in the U16 category.

The two winners will compete against other top junior players from across the Asia Pacific region in the WTA Future Stars Tournament to be held from October 20 to 28 in Shenzhen, China. – Rappler.com