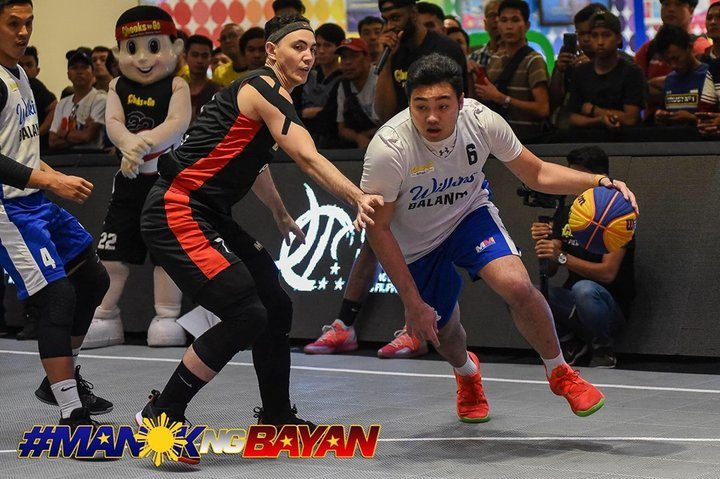 MANILA, Philippines – After many months of speculation, highly touted prospect Alvin Pasaol has decided to skip the upcoming 2019 PBA Rookie Draft in favor of chasing the Philippines’ Olympic dream in 3×3 basketball.

(I’ll skip the draft this year. I’ll continue the campaign I started for 3×3. We’ll finish this and get to the Olympics. That’s all I can say.)

Pasaol, the Philippines’ second-ranked 3×3 player behind Fil-Am Joshua Munzon, had his name thrown around as a potential first-round selection in the PBA draft for two years running.

However, due to the Philippines’ possibility of clinching a spot for 3×3 basketball’s debut in the 2020 Tokyo Olympics, the burly 6-foot-4 forward has decided to give his full-blown commitment to the game’s half-court variant.

Right now, the Philippine men’s 3×3 division is sitting at 25th place, just one spot below the qualifiers cut-off point. The country has until November 1 this year to gain points and improve its world ranking, which can be done through joining and hosting tournaments like Chooks-to-Go Pilipinas 3×3.

(We really need to get to the Olympics. Let’s not waste the efforts of Chooks management for nothing. If we’re the ones who will represent, that’s not within our control. We just need to work hard and practice. We’re really looking forward to it.)

Per FIBA rules, a 3×3 team for the Olympics and its preceding qualifying tournaments must be composed of two players within the top 100 of the final individual rankings and any two players of the country’s choosing.

This means that Pasaol is very much eligible to represent the flag if ever the Philippines does make it to the Olympic qualifying rounds, which is certainly a future he is hoping for.

(We’ll go forward to the Olympics. We can do this.)  – Rappler.com