UAAP Player of the Week Kobe Paras reintroduces himself MANILA, Philippines – After a tumultuous start to his college career, Kobe Paras did not waste time reintroducing himself to Philippine basketball.

Playing for his fourth college, the second-generation player has not shied away from the bright lights of the UAAP and has done nothing but deliver for the University of the Philippines in Season 82.

The athletic 6-foot-6 forward had a rousing debut against Adamson University and then followed it up with back-to-back stirring performances this past week against National University and University of the East.

Displaying his versatility as well as on-court leadership, he has helped the Fighting Maroons notch 3 straight victories and move to solo 2nd in the standings.

Paras lit up the scoreboard for 25 points on 10-for-22 shooting against the Bulldogs and as an encore, showcased his inside game versus the Red Warriors with a 12-point, 10-rebound, and 3-block outing.

As UP continues to rise in the standings with a 4-1 record, so has the 22-year-old claimed his place as one of the top players in the league. 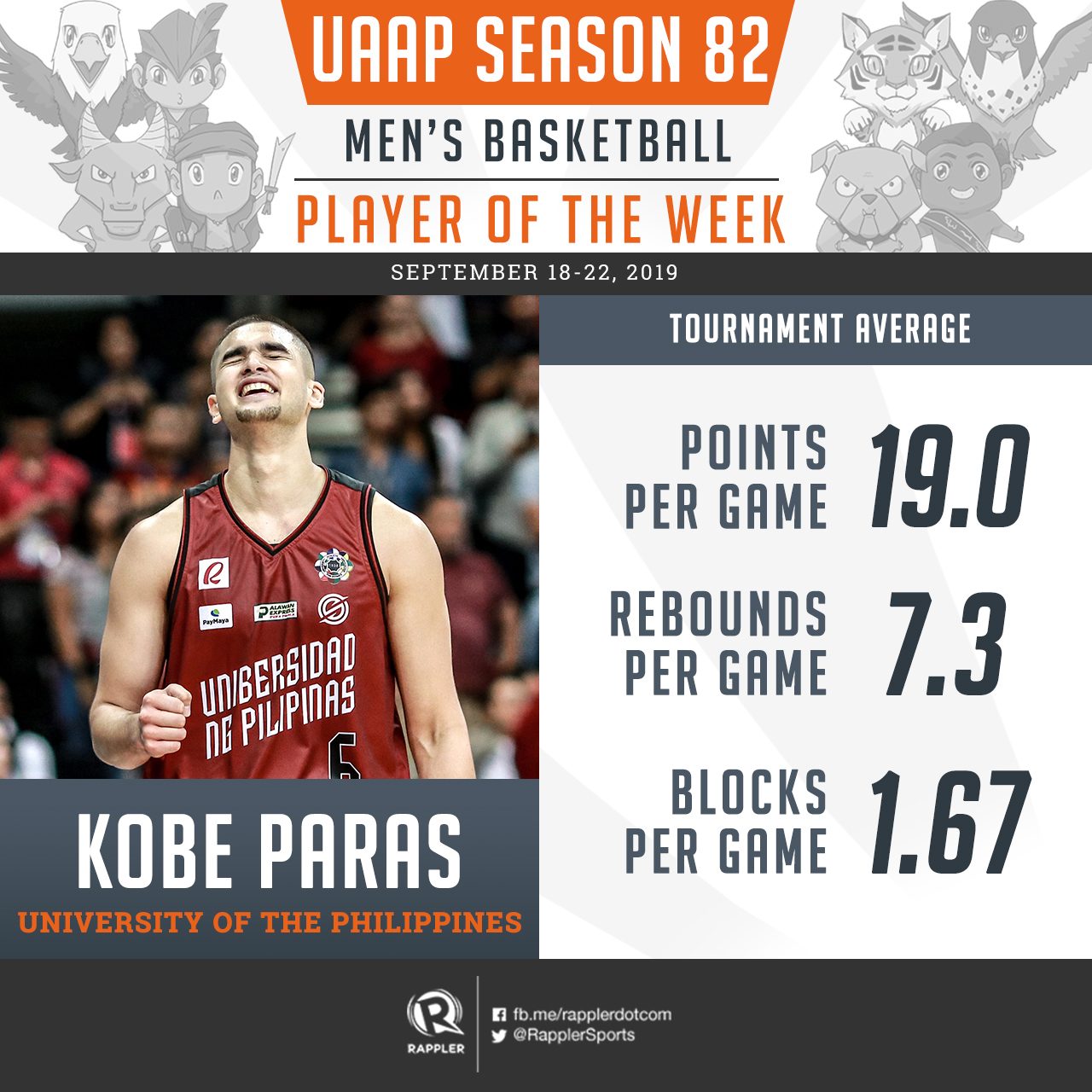 And as his recent exploits are proof that Paras’ potential is no fool’s gold, he has rightfully earned the Chooks-to-Go Collegiate Press Corps UAAP Player of the Week award presented by media from print and online covering the beat.

“I’m grateful that I’m here in this amazing tournament, but I just want to focus on the team,” said Paras, remaining modest even after his star-making turn.

Though the Fighting Maroons boast a daunting lineup filled with immense talent, Paras is also quick to point out that team comes first above all.

“Basketball is a team game,” emphasized Paras. “I just can’t wait to get ready for the next game.”