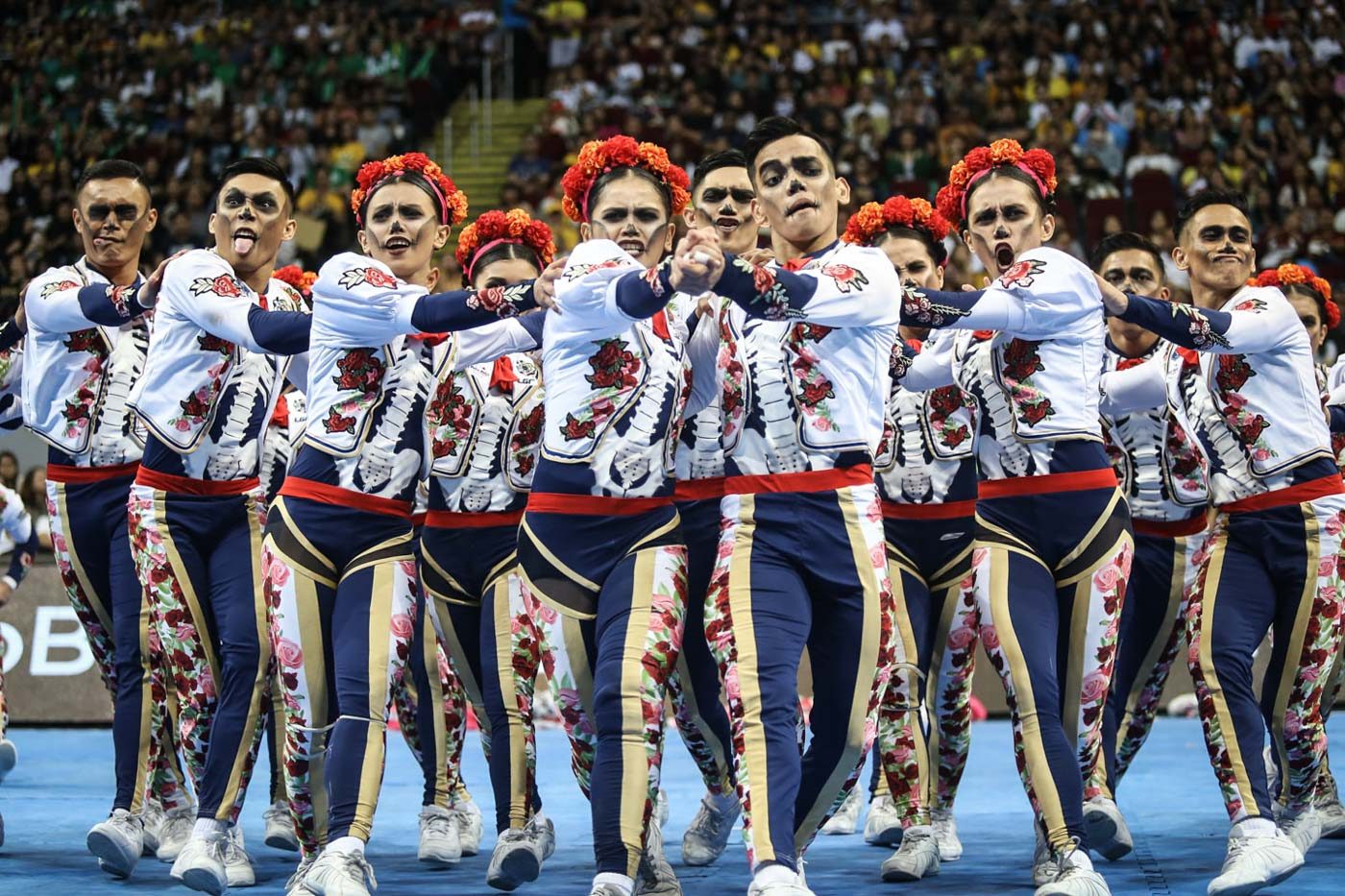 MANILA, Philippines – Expect another blockbuster show when the UAAP Season 82 cheerdance competition unfolds on November 17 at the Mall of Asia Arena.

The National University Pep Squad – which charged back on top with a flawless Mexican Day of the Dead-themed routine last season – targets a second straight crown as this year’s finale performer.

Here’s the order of performace this year: