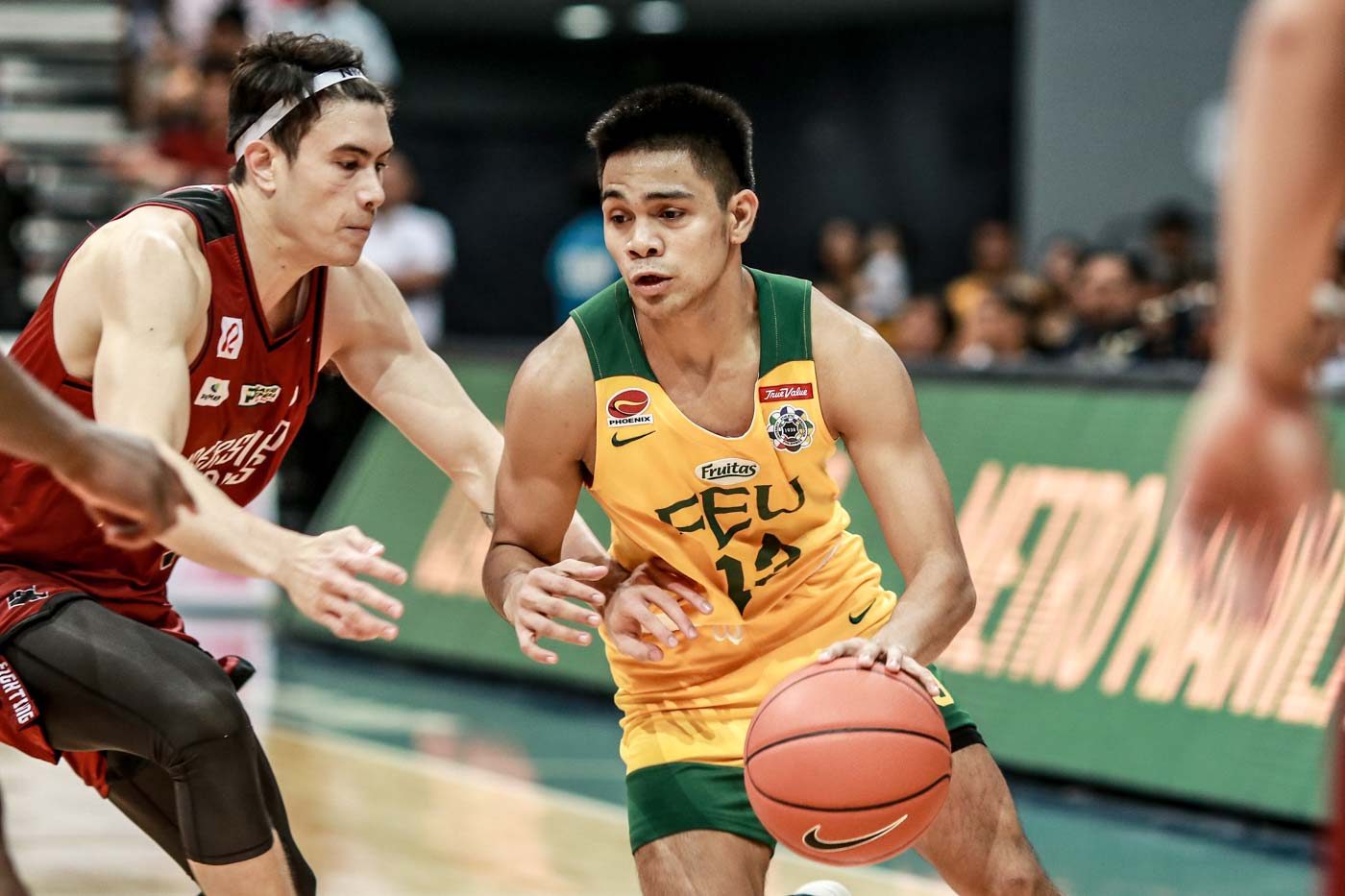 Facebook Twitter Copy URL
Copied
Arresting a late collapse, FEU pulls through in overtime against a UP side playing minus suspended coach Bo Perasol

MANILA, Philippines – The FEU Tamaraws survived the UP Fighting Maroons’ massive comeback bid to get away with an 82-79 overtime triumph in the UAAP Season 82 men’s basketball tournament at the Mall of Asia Arena on Sunday, October 6.

The Maroons – playing their first game without suspended coach Bo Perasol – came back from 19 points down to force overtime, 69-69, before the Tamaraws rediscovered their form in the extra period.

Ken Tuffin topscored with 18 on a 5-of-6 clip from three-point range, while L-Jay Gonzales scattered 17 points, 12 rebounds, and 6 assists for the Tamaraws, who avenged their first-round loss.

“We just took it possession-by-possession, focused on every second,” said FEU coach Olsen Racela. “We started well, didn’t end well in regulation, but got back in overtime.”

FEU opened the extra period with 5 straight points before Javi Gomez de Liaño extinguished the run with a trey, 72-74, at the 2:35 mark.

Wendell Comboy answered with a three of his own, but UP got them right back with a 5-0 tying run, ending with a Bright Akhuetie layup at the two-minute mark.

But Tuffin and Comboy conspired for 5 more points to take an 82-79 lead with 18.3 ticks remaining.

Javi Gomez de Liaño hoisted a wild shot off the timeout, but it clanked off as FEU wasted the time to take the win.

The Maroons – led by Kobe Paras’ 22 points, 9 rebounds, and 6 steals – dropped their second straight game but still kept solo second with a 5-3 record.

FEU, meanwhile, evened up its slate at 4-4 and entered a three-way tie at 3rd place with La Salle and UST.

Down 16 midway through the 4th, UP managed to storm all the way back and tie the game, 69-all, capped by a steal and score by Javi Gomez de Liaño with 24.7 ticks left.

On the other end, Comboy got a good look off the timeout, but his game-winning attempt rimmed out as time expired.

It looked like, though, that the Tamaraws had the game in control early in the secod half.

After a back-and-forth first half, the Tamaraws cranked up the offense in the 3rd and outscored the Maroons, 30-16, for a 60-43 lead off the production of veteran forward Tuffin.

Still, UP responded with a 10-0 blitz to get within single-digit, 63-69, after an Akhueite and-one layup with 2:29 left in regulation.