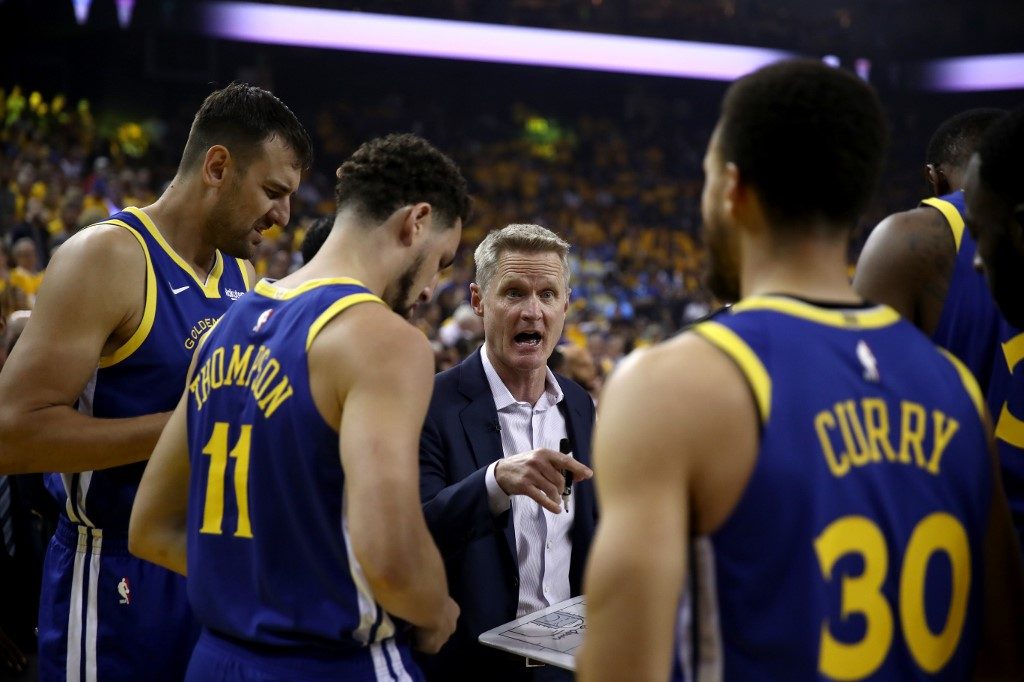 Facebook Twitter Copy URL
Copied
The Warriors will head into the NBA season without Kevin Durant, Andre Iguodala, and Shaun Livingston – all key players in their 5 straight trips to the finals

MANILA, Philippines – What difference a rollercoaster offseason could make for the Golden State Warriors.

Steve Kerr said the Warriors need to “work much harder” in the upcoming NBA season after losing Kevin Durant, Andre Iguodala, and Shaun Livingston – all key players in their 5 straight trips to the finals – during the break.

Durant, who led the Warriors to back-to-back NBA titles in 2017 and 2018, signed with the Brooklyn Nets; Iguodala was traded to the Memphis Grizzlies; while Livingston retired after being waived by the team.

“I would say we will have to work much harder than we have had in the last 4 seasons because of the number of new players. We’ve got a lot of work to do,” Kerr said as the Warriors began gearing up for the new season.

Kerr even said their training camp felt like the one they had in 2014 – a time when they “were getting used to one another and getting the system to the point where we felt comfortable with what we were doing.”

“We were experimenting with a lot of different things. I think that will be a similar feel this year. We have a lot to experiment with, a lot of combination possibilities, so it’s a really, really important camp.”

Kerr took over the coaching reins for the Warriors in 2014 and immediately made an impact, guiding the team to the finals and the title the following year against the Cleveland Cavaliers.

The Warriors would then make the finals for the next 4 seasons, but saw their bid of winning a third straight championship foiled by the Toronto Raptors in June.

With the title defeat came what pundits claimed the end of the Warriors dynasty, and the loss of several pivotal cogs in the offseason seemed to have reinforced that notion.

But Kerr remained optimistic with their new signings, particularly D’Angelo Russell, who led the Nets to the playoffs last season all the while being named to an All-Star team for the first time in his career.

“I’m really excited about having D’Angelo. With all the losses that we had, it was just so important for us to have somebody who could put the ball in the basket,” Kerr said of Russell.

“He averaged 20 points a game last year, he’s an All-Star, so I’ve been thinking a lot about how we’ll play him.” – Rappler.com