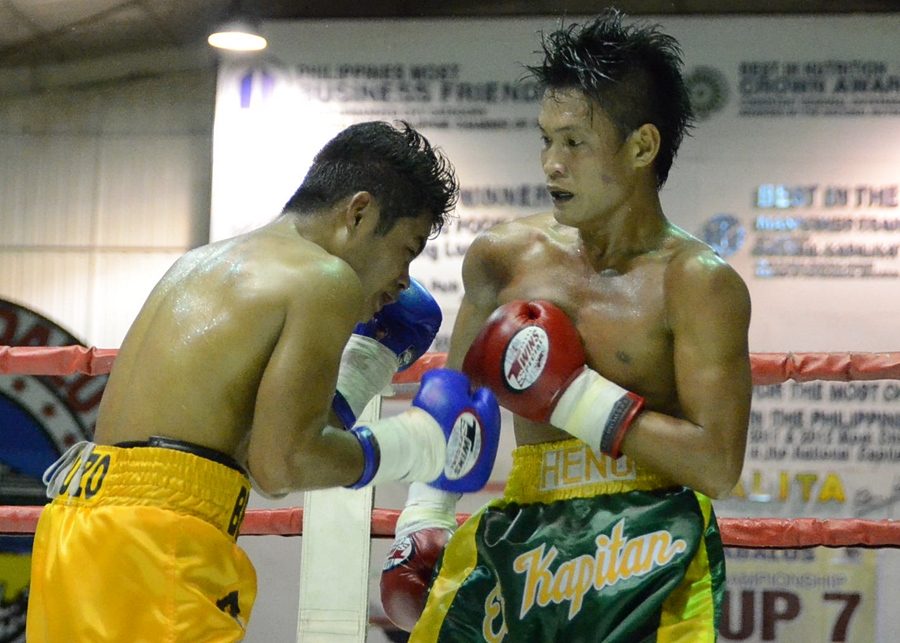 MANILA, Philippines – Edward Heno started his career with 3 straight draws. Now, he’s within a win of becoming the next Filipino world champion.

Though unbeaten in 19 fights, Heno’s record is dotted with 5 draws and only has 5 knockouts to show.

Local ring pundits, however, believe Heno has got the tools and ring smarts to dethrone the 22-year-old Soto, who’s 15-1 but with 11 KOs to show in the main event of Golden Boy Promotions’ Thursday Night Fights Series.

While his power is underrated, Heno, a southpaw, is noted for his tight defense and ability to find kinks in his opponent’s arsenal.

Soto rose to prominence when he knocked out highly touted Puerto Rican Angel Acosta (20-2, 20 KOs) in the 12th round on June 21 for the 108-pound crown at the same venue.

A heavy puncher, Soto has stopped his last 4 opponents and is bent on including Heno among his knockout victims.

Heno, the Oriental Pacific Boxing Federation junior flyweight king, is being managed by Marty Elorde and is under the umbrella of MP (Manny Pacquiao) Promotions headed by international matchmaker Sean Gibbons. – Rappler.com