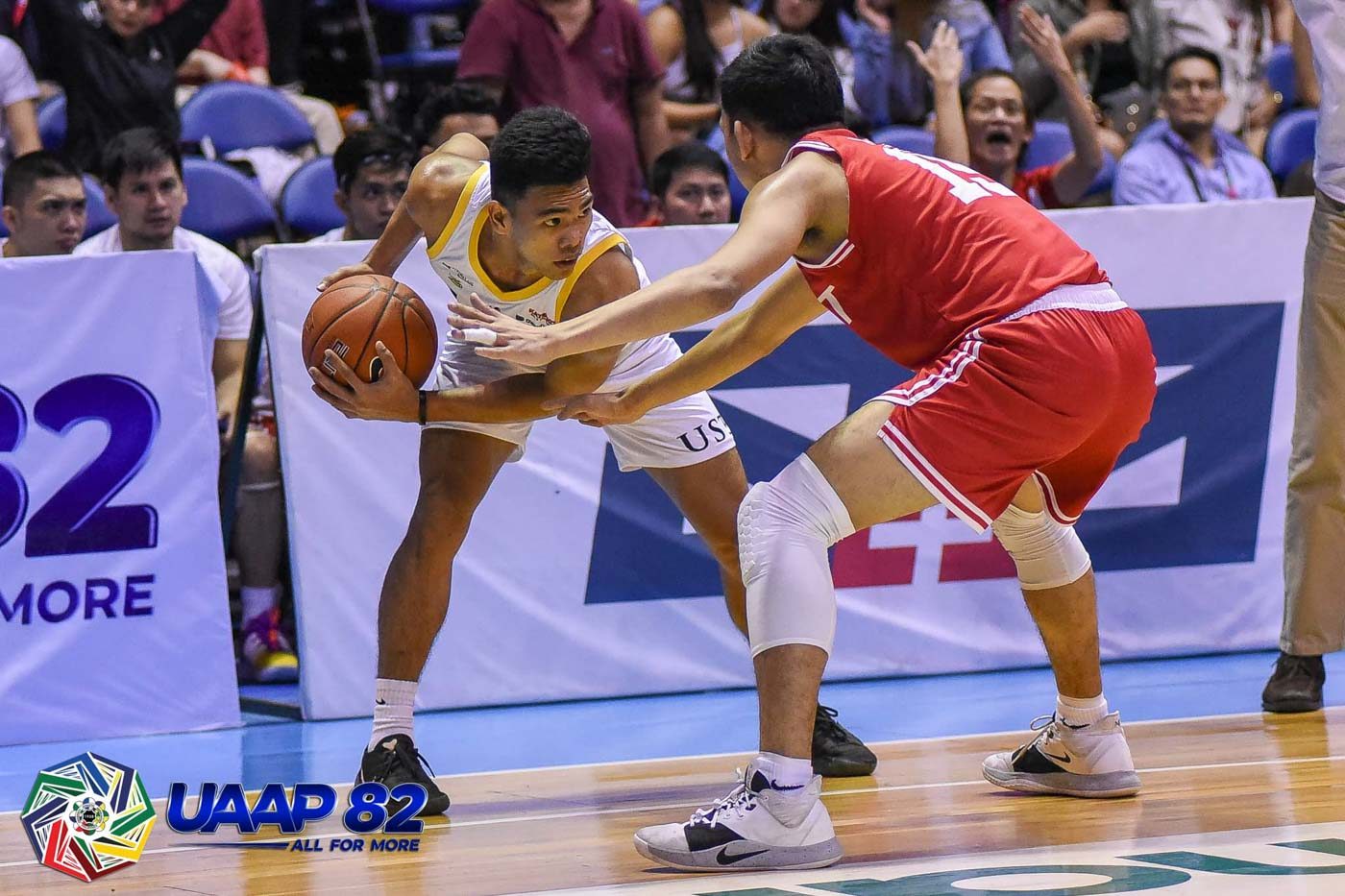 MANILA, Philippines – The UST Growling Tigers got back to their winning ways with a 101-73 demolition of the UE Red Warriors  in the UAAP Season 82 men’s basketball tournament at the Araneta Coliseum on Wednesday, October 9.

Veteran role player Zach Huang delivered a career-high performance of 22 points as the Tigers – who snapped a two-game slide – posted the highest-scoring effort for a team and the biggest margin of victory this season.

With the win, the up-and-down Tigers rose to a 5-4 record for solo 3rd place in the standings while halting the Warriors’ two-game winning streak.

“Binigyan lang namin ‘yun ng pansin and this game, we were more relaxed. I told them to go back to having fun while playing and just enjoy the season.”

(We were able to release the pressure. There was so much pressure on the players in the past games. So we just focused on this game, we were more relaxed. I told them to go back to having fun while playing and just enjoy the season.)

The onslaught began as early as the 1st quarter, when multiple UST players found their shooting stroke en route to a 26-15 lead after the frame.

The Tigers’ mauling then peaked in the 3rd quarter as Huang – who shot 6-of-8 from beyond the arc – dropped back-to-back threes midway through the period for a 34-point lead, 72-38.

Mark Nonoy then shut the door on the Warriors with a corner triple to reach the century mark, 100-68, in the final two minutes of regulation.

The seventh-running Warriors fell to  3-6.