Valdez: SEA Games-bound Eya Laure ‘not a rookie’ on court 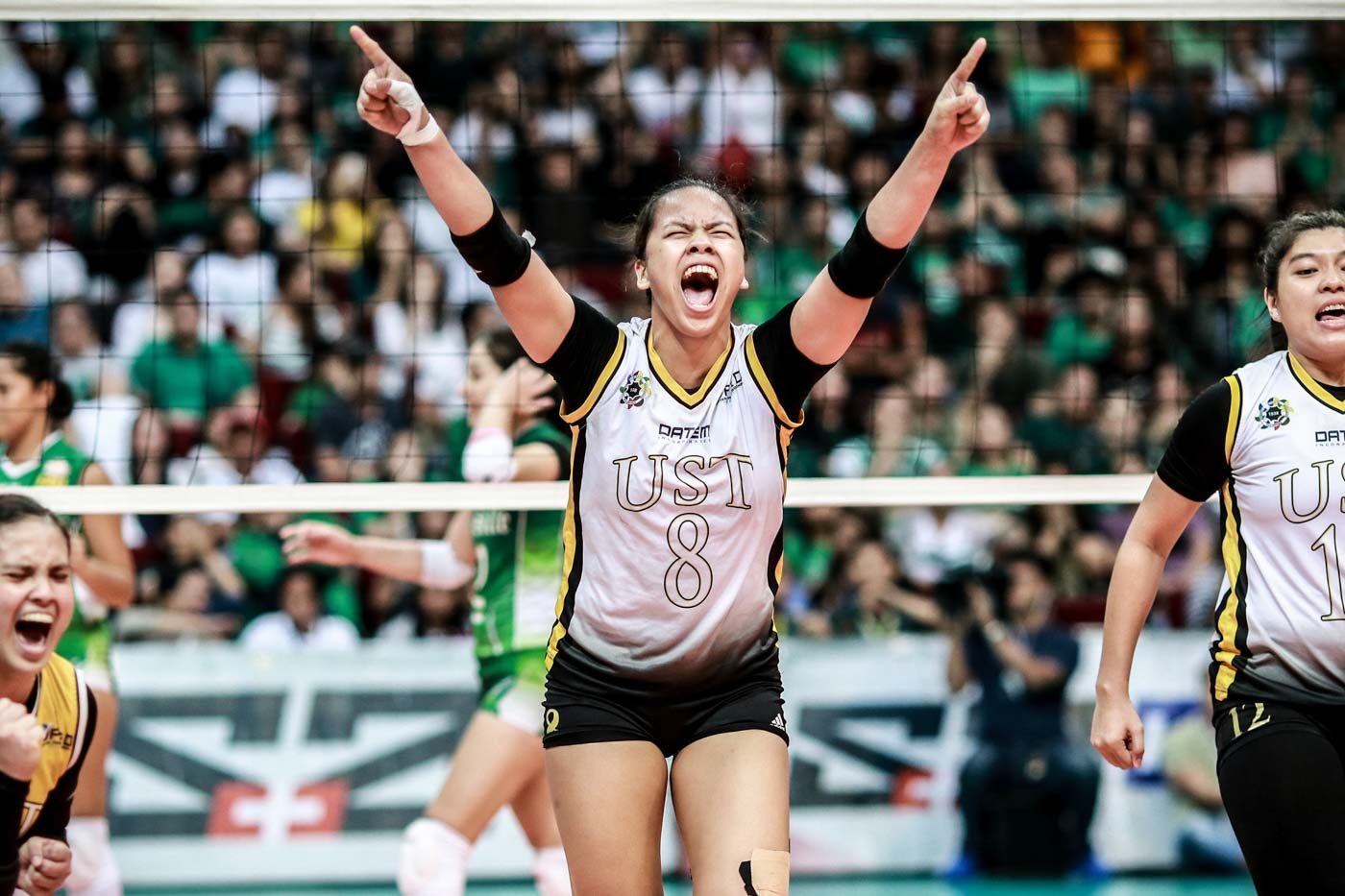 (Eya might be young, but she doesn’t seem like a rookie. It’s like she’s been playing volleyball for a long time. One thing I admire about Eya Laure is when she’s inside the court, we’re all equal, so you wouldn’t consider the kid as a rookie.)

Last February, Laure made it to Valdez’s wishlist of future teammates and the duo finally got to play together in the second leg of the ASEAN Grand Prix in Sta. Rosa, Laguna last October 4 to 6.

Valdez missed out on the first leg of the tune-up tournament in Nakhon Ratchasima, Thailand as she was advised to rest her right ankle injury, but tournament best middle blocker Majoy Baron, Ces Molina, Mylene Paat and Laure stepped up to provide firepower.

In Laure’s national team debut against Thailand, the youngest member of the national team chipped in 8 points in the four-set loss.

According to the volleyball phenom, Laure brings a diffierent kind of energy inside the court that serves an inspiration for the veterans.

(Eya brings in a different presence and energy on court and in training because it makes us think: ‘She’s only young and this is the energy and heart she gives when she plays.’ So the veterans are inspired by her.)

In her third straight apperance in the regional biennial meet, Valdez hopes that the third time will be a charm for a podium finish as the national team core of captain Aby Maraño, Jia Morado, Majoy Baron and Dawn Macandili remains intact.

In addition to the mainstays, Fil-Hawaiian recruit Kalei Mau and rising spikers Ces Molina and Mylene Paat will deliver additional firepower to the Philippine team.

“I’m really blessed to be around veteran players that I’ve been with for a long time since 2015 and we have more firepower this year,” said Valdez as the Philippines tries to get back to the podium for the first time since the 2005 Manila SEA Games.

(I hope that we’ll give more this SEA Games, and with the preparation and the jelling of the team, we hope to achieve the chemistry we want and we hope that our performance will be good this coming SEA Games.)

The SEA Games volleyball tournament will run from November 28 to December 10 at the Philsports Arena in Pasig City. – Rappler.com