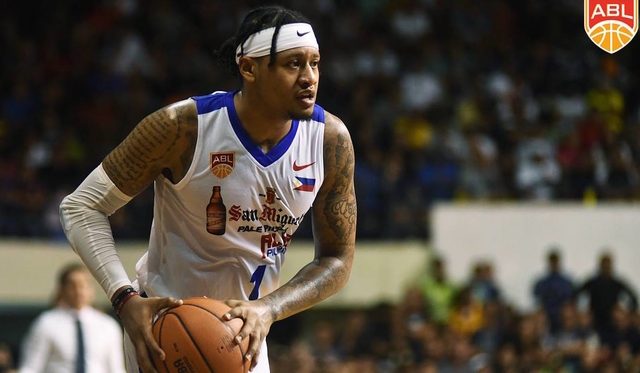 MANILA, Philippines –  Three Filipinos made the cut as the ASEAN Basketball League (ABL) named the league’s top 10 players of all time.

Parks amassed 3 Local MVP awards – the most ever in league history – to go with his lone championship from last year as part of San Miguel Alab Pilipinas.

Now playing in the PBA, Parks also won a Finals MVP award after averaging 22.4 points on a 51% shooting and 5.6 rebounds during Alab’s title run against 7-foot-5 giant Sam Deguara and Thailand’s Mono Vampire in a nerve-wracking five-game finals series.

Parks’ former head coach Jimmy Alapag had a rousing approval on his ward’s inclusion in the illustrious list.

“It’s rightfully so. Ray had a storied career in the ABL so it’s great to see him get the recognition, along with the other 9 guys, the recognition that they deserve,” said Alapag.

Like Parks, Avenido found great success under the San Miguel banner as he won his only championship back in 2013 with the Beermen. He also nabbed a Local MVP plum the year prior, but the Beermen ultimately bowed down to the Indonesia Warriors.

All in all, Avenido tallied 1,627 career points across 5 teams, including stints with the Brunei Barracudas, Singapore Slingers, Saigon Heat, and Mono Vampire.

Having a hand in that 2012 Warriors championship, meanwhile, was Cañada, who averaged 8.2 points, 4.1 assists and 1.5 steals as a rookie to help send his compatriots home empty-handed.

He gradually improved over the years and eventually won another ABL title, this time with Thailand-based Hi-Tech Bangkok in 2014. There he normed 19.5 points, 4.5 assists and 3.5 steals while shooting 47% from three to win his only Finals MVP trophy.

Alapag could not help but feel proud for his countrymen all earning their spots on the list.

“Three out of the 10 shows the amount of talent that we have in our country,” he said. “Those 3 guys in particular, they’ve been a very, very important part of the growth of this league. Hopefully the next 10 or 20 guys will be able to follow suit and have the same type of impact on the league.”