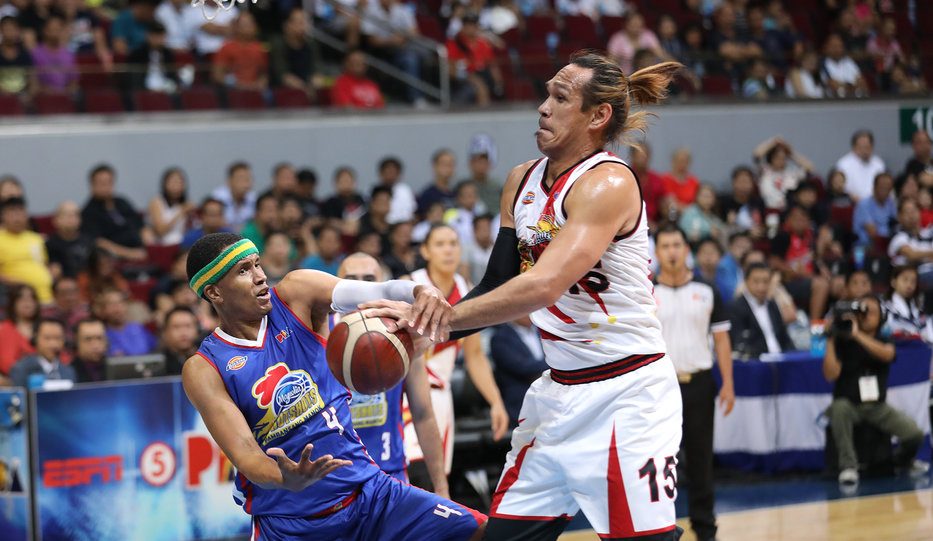 MANILA, Philippines – The San Miguel Beermen dug deep in the clutch to escape the streaking Magnolia Hotshots, 90-89, in the 2019 PBA Governors’ Cup at the Mall of Asia Arena on Friday, October 11.

With the win, the undefeated Beermen clinched their fourth straight win while the Hotshots saw their three-game winning streak snapped and their record slide down to 3-2.

Athletic SMB import Dez Wells filled up the statsheet as usual with a game-high 33 points on a 13-of-23 shooting plus 7 rebounds, 5 assists, 4 steals and a block.

Reigning five-time MVP June Mar Fajardo backstopped the effort with a 16-marker, 16-board double-double while the returning Marcio Lassiter scored 2 points in just 7 minutes off the bench.

“I know from the start that this will be a tough game for us, that it will be an exciting game. We didn’t have a good start,” said San Miguel head coach Leo Austria. “Luckily the players refused to lose. They really know the importance of this game.”

After Magnolia pushed their lead to 10, 61-51, midway through the 3rd quarter off a Paul Lee three, San Miguel responded with a 19-9 attack capped by a Von Pessumal trey at the 1:12 mark to tie up the game at 70-all.

From there, both teams traded buckets deep into the 4th, with Rome Dela Rosa inching Magnolia within one, 85-86, off a floater with 4:53 left.

However, the Hotshots’ fortunes took a turn for the worse as champion import Romeo Travis went down with an apparent leg injury just 9 seconds later and did not return.

Less than two minutes later at the 2:53 mark, Lee followed suit as he lost a tooth off a gruesome faceplant following a missed layup.

With Travis and Lee both watching from the bench, Magnolia still managed to take an 89-88 lead with 2:39 left after an Ian Sangalang jumper. However, that was the last time they would hold the advantage as Wells responded with an easy layup in the next possession for the 90-89 lead.

Magnolia had multiple chances to retake the game down the stretch, but nothing materialized in their favor as San Miguel held on for the one-point win.

Travis finished with 31 points, 12 rebounds, 6 assists and 4 steals, but was unable to close out the contest. Lee, meanwhile, managed to return in the game’s final possessions and chipped in 22 markers on an 8-of-15 clip and 4 dimes.