Manzo thanks Desiderio for heart-to-heart talk before breakout game 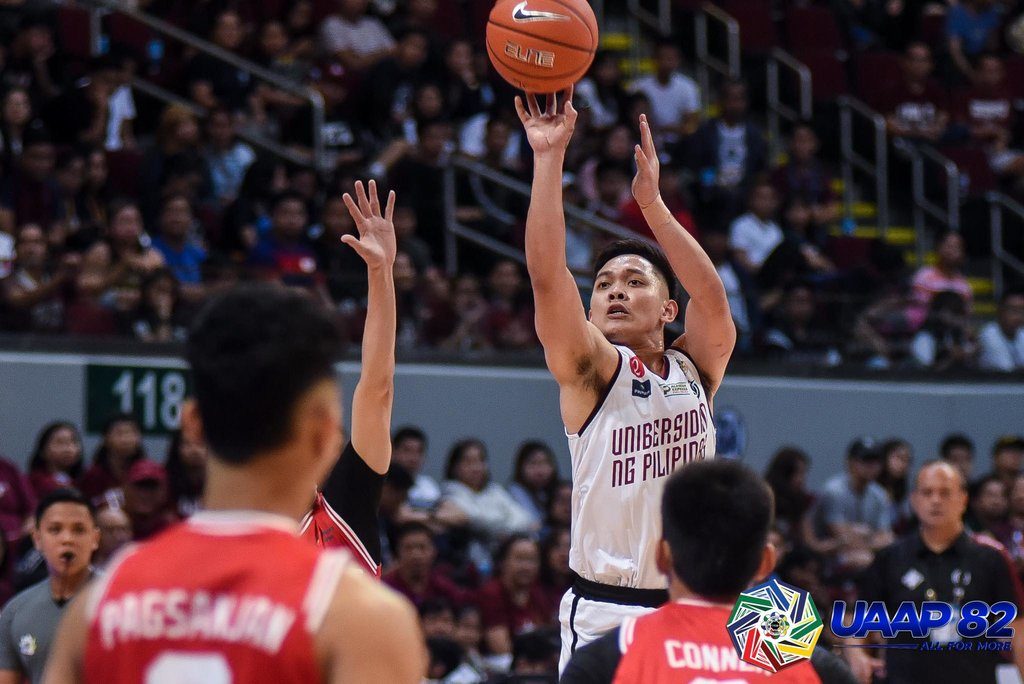 Facebook Twitter Copy URL
Copied
After getting lost in the loaded UP backourt, Jun Manzo regains his old form – thanks to an assist from Mr Atin ‘To

With the former UP Fighting Maroons captain and folk hero watching in the crowd at the Mall of Asia Arena on Saturday, October 12, Manzo erupted for a season-high 17 points in their 78-75 win against the UE Red Warriors, falling two markers shy of his career-best game in the UAAP men’s basketball tournament.

As he later shared, his resurgent effort had a lot to do with his former UV Green Lancer teammate back home in Cebu.

(Last Thursday, he messaged me on Instagram inviting me to eat. I didn’t know he’d talk to me. Last game, I really had a bad game and I was really down. I didn’t know what to do. I think he felt it too, so he told me to come over to his house. He cooked fish with soup. After we ate, we had a heart-to-heart talk.)

Manzo rose to fame as one of the driving forces of the UP Fighting Maroons squad that reached the UAAP Season 81 finals after a 32-year drought.

However, due to the influx of talent like Kobe Paras and Ricci Rivero finding a home in the Maroons’ den, the Cebuano guard got lost in the loaded UP backcourt to start Season 82. But after 8 subpar games, Manzo finally regained his old form with an assist from Mr “Atin ‘To.”

(Of course, Paul brought me here. He’s like my brother here in Manila. That’s why it’s a big thing. I thought to myself that I shouldn’t disappear this season. My game really clicked thanks to Paul.)

Clearly, the brotherhood bond never wavered between the two even with Desiderio moving up to the PBA while Manzo guns for another title shot in his final playing year.

(I wasn’t sending out hints. Maybe, he just understood because we were together a long time. I always get a boost in confidence when he talks to me. That showed today.) – Rappler.com