Yulo ‘did not expect’ to win elusive world championship gold 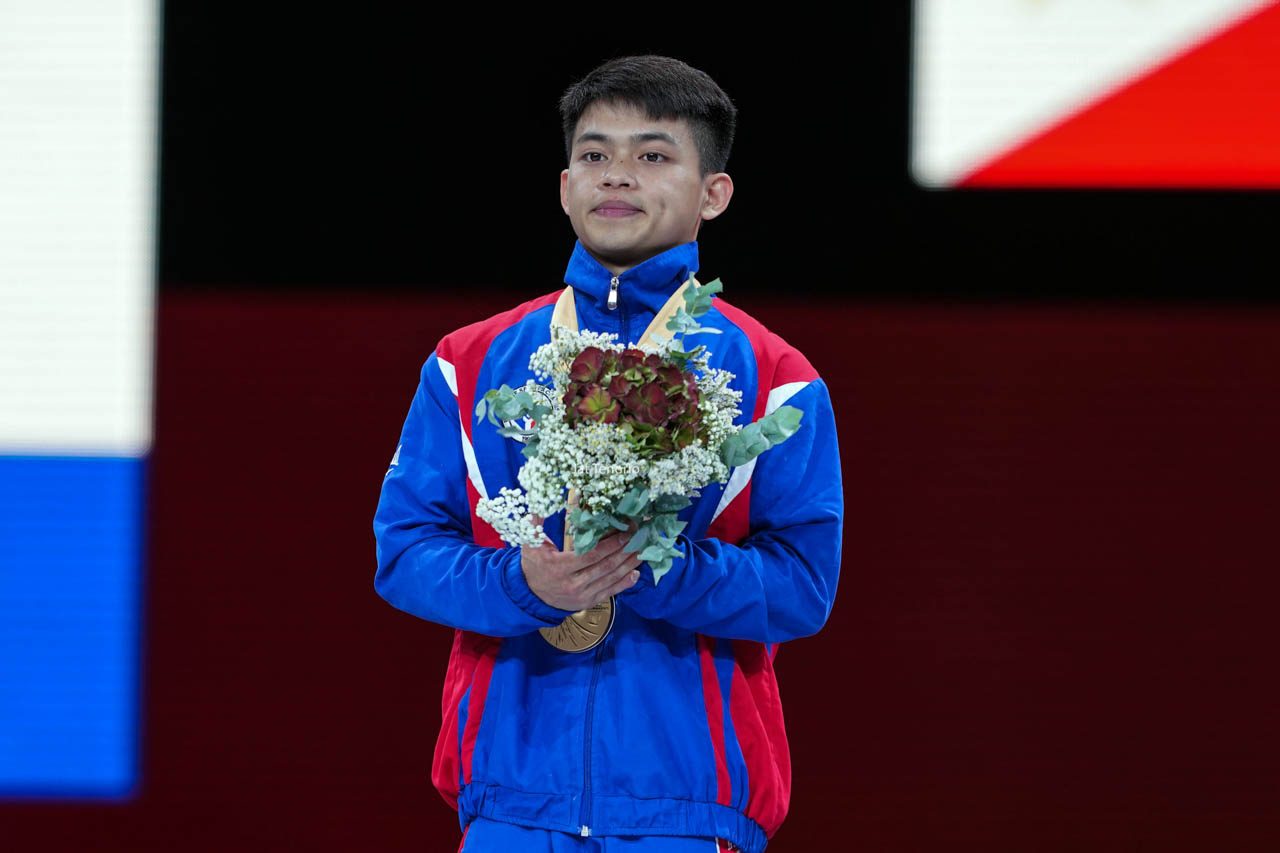 The 19-year-old had felt that the score of eventual silver medalist Artem Dolgopyat seemed tough to surpass, yet Yulo pulled off a technically difficult routine to edge the Israeli bet by 0.1 point in the final round on Saturday, October 12 . (FAST FACTS: Who is gymnast Carlos Yulo?)

“I am speechless because I did not expect to win because I thought the Israeli’s score was far too high,” admitted Yulo. “But I wanted to show everyone what I could do, so I just wanted to do my best. Talagang napakasaya ko po (That’s why I’m really happy).”

Yulo successfully executed a double straight with a full twist and capped off his winning routine with a clean triple twist that merited him a score of 15.300, surpassing Dolgopyat’s 15.200 score. (WATCH: Carlos Yulo flashes ‘dynamic, exquisite’ Worlds routine)

Also playing a major factor in the victory was the degree of difficulty of Yulo’s routine – the highest among the entries at 6.500 to Dolgopyat’s 6.400 – that proved to be the winning edge.

“I am happy for Caloy (Yulo’s nickname) because all his hard work and sacrifice paid off,” said his Japanese mentor Munehiro Kugimiya. “Actually he has done better in practice so I was confident about his performance.”

During the post-event interview, Yulo paid tribute to Kugimiya by taking off the gold medal and draping it around the Japanese mentor’s neck. (WATCH: A bubbly 12-year-old Carlos Yulo shares his medal hopes)

Yulo secured the Olympics berth for the men’s all-around event as early as Monday, October 7 (Tuesday, October 8, Philippine time) when he finished 18th in the qualifiers, and underscored that the feat was no fluke when he placed 10th in the finals last Friday.

“I’m a bit scared now,” admitted Yulo, knowing that he would be a marked man in the event in the Tokyo Olympics.

“Caloy’s victory will have a huge impact on Philippine gymnastics since he has proven that we can produce world champions in the sport,” GAP president Cynthia Carrion pointed out. “We hope that we will get more supporters for the sport now with his success.”

“We are thrilled with the golden performance with Yulo at the world championships,” said Ramirez.

“We would like to congratulate Caloy Yulo and the Gymnastics Association of the Philippines in producing a world champion. His hard work and dedication paid off,” echoed Tolentino. “His accomplishment should inspire our other athletes to do well in the 30th Southeast Asian (SEA) Games in December.”

Yulo – who is one of Philippines’ flag-bearer nominees in the 2019 Southeast Asian Games – will see action in the regional biennial meet where he aims to sweep all artistic gymnastics events.

The SEA Games gymnastics tournament will be held on December 1 to 9 at the Rizal Memorial Sports Complex in Manila. – Rappler.com