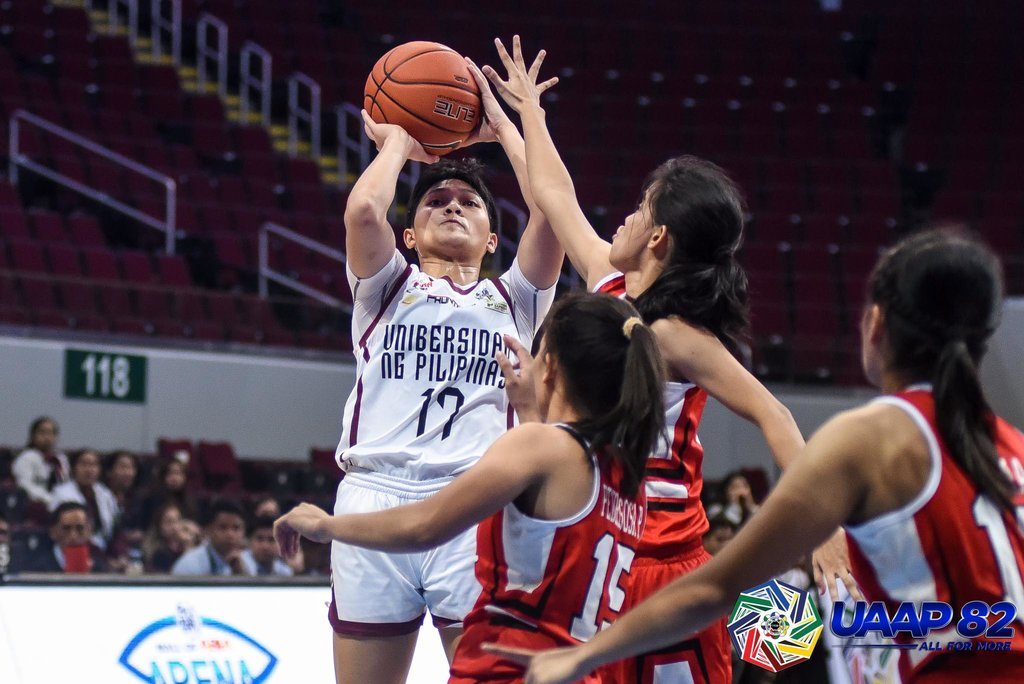 MANILA, Philippines – Lady Luck has not smiled all that much on the UP Lady Maroons these past 3 years.

In fact, their defeats had piled up to 38 straight games as the Lady Maroons endured winless seasons over their past two campaigns.

But when the basketball gods finally gave them a wink, they made sure to make the most of it.

And what a way for UP to do so last Saturday, October 12, as Pat Pesquera buried the game-winning trey from half-court to finally snap their struggles with a classic 85-82 victory over UE.

That was not only their first win in the UAAP Season 82 women’s basketball tournament, but also their first victory since 2016.

“I wanted it in my hands. I knew I can throw that and I just hoped for the best,” said the graduating winger after her memorable 13-point, 9-rebound, and 3-assist performance to lead the girls from Diliman.

And rightfully so, Pesquera has been hailed as the Chooks-to-Go Collegiate Press Corps UAAP Player of the Week. She did not just end the Lady Maroons’ skid, but also overshadowed male peers Ange Kouame of Ateneo, Zach Huang of UST, and Bright Akhuetie and Jun Manzo of UP for the weekly citation given by print and online media covering the league.

Coincidentally, it was also Pesquera who buried the game-winner the last time UP triumphed before their 38-game losing streak – a 46-44 win over FEU in Season 79.

Although it may just be one win, the 23-year-old hopes this would change the tide for the UP women’s basketball program moving forward.

“It’s been so long. I understand why we’re losing and under the program of coach Paul [Ramos], we’re trying to start a winning culture here in UP,” she said. – Rappler.com