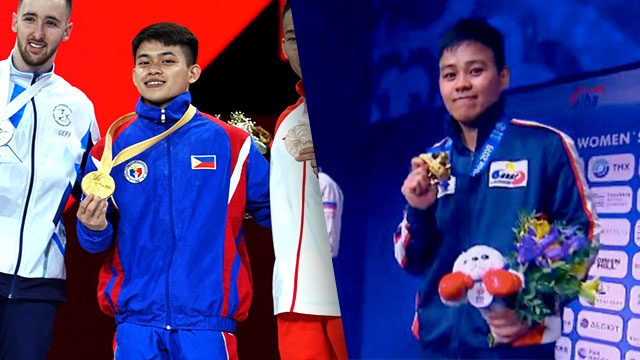 MANILA, Philippines – Filipino world champions Carlos Yulo and Nesthy Petecio will reap the rewards of their international success as they are set to receive P1 million each from the Philippine Sports Commission.

Yulo will be given P500,000 for winning gold in the men’s floor exercise of the 2019 World Artistic Gymnastics Championships in Stuttgart, Germany, and another P500,000 for becoming the first Filipino to achieve the historic feat.

The 27-year-old featherweight became the second Filipina to reign supreme in the world boxing stage, joining Josie Gabuco who ruled the light flyweight division 7 years ago.

Also receiving a cash incentive is Eumir Marcial, who will get P500,000 for nailing silver in the 2019 AIBA World Boxing Championships. – Rappler.com