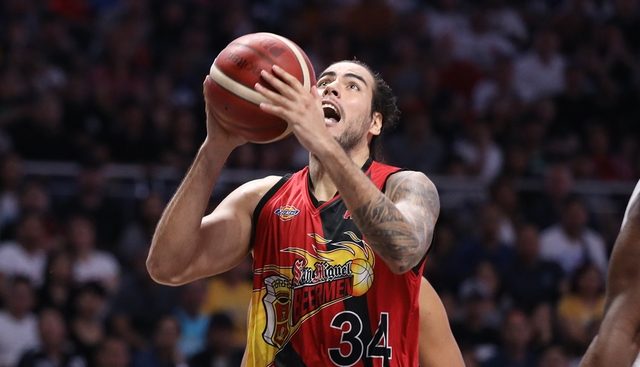 MANILA, Philippines – Christian Standhardinger will no longer play for San Miguel as he heads to NorthPort in exchange for Mo Tautuaa following a shocking trade announced by the PBA on Monday, October 14.

The top draft pick in 2017, Standhardinger ends a successful stint with the Beermen that saw him win two PBA championships.

Filling in his place is Tautuaa, the No. 1 overall pick in 2015 who found his niche with the Batang Pier after struggling with the TNT KaTropa in his first 3 years in the league.

Tautuaa averaged 11.3 points, 8.8 rebounds, and 2.3 assists in the ongoing Governors’ Cup and is expected to provide a big boost inside for San Miguel, which is seeking a rare Grand Slam this season.

Standhardinger, meanwhile, has been quiet this conference with norms of 3.5 points and 4 rebounds. But he has the chance to make his mark for NorthPort, which has reached the semifinals only once in franchise history.

Tautuaa will play his first game for the Beermen against the Columbian Dyip on Sunday, October 20, while Standhardinger will suit up for the Batang Pier, interestingly, against his former team on October 23. – Rappler.com