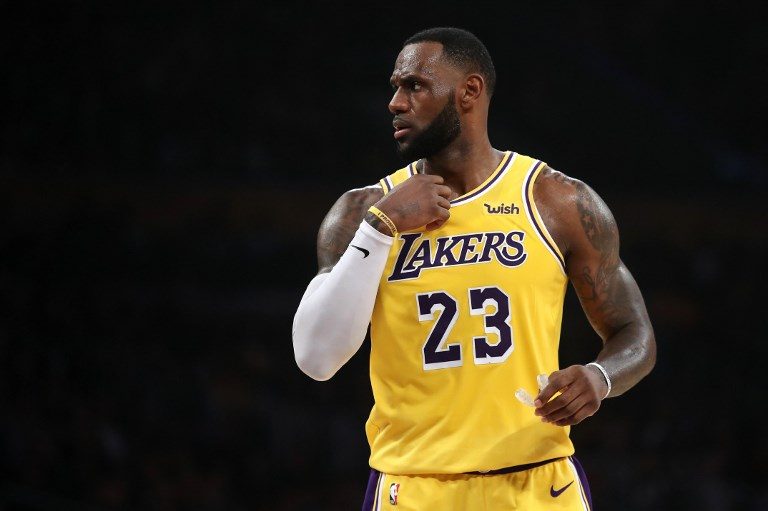 LOS ANGELES, USA  – Basketball superstar LeBron James has sharply criticized a Houston Rockets executive for angering China with a tweet supporting protesters in Hong Kong, saying the executive was “misinformed” and should have kept his mouth shut.

The remarks by the Lakers forward are the most direct so far by a high-profile NBA figure in a controversy that has raised questions about the league’s future in China and sparked US accusations that Beijing was trying to regulate speech in other countries.

Many in the US, including NBA commissioner Adam Silver and top American politicians, have defended Rockets general manager Daryl Morey’s right to speak out, but James said the careless exercise of free speech can bring harm. (NBA: ‘We are not apologizing’ for Hong Kong tweet)

“I believe he (Morey) wasn’t educated on the situation at hand, and he spoke,” James said before a preseason game between the Lakers and Golden State Warriors.

“So many people could have been harmed not only financially but physically, emotionally and spiritually. So just be careful with what we tweet, and we say, and we do,” added James, who is known for speaking out on hot-button issues.

“Yes, we do have freedom of speech, but there can be a lot of negative that comes with that too.”

James has a lucrative lifetime endorsement deal with Nike, which does big business in China, and he has made several promotional trips to the country.

Let me clear up the confusion. I do not believe there was any consideration for the consequences and ramifications of the tweet. I’m not discussing the substance. Others can talk About that.

James’ Lakers and the Brooklyn Nets were thrust into the whirlwind when they arrived in China last week for a pair of exhibition games after Morey tweeted: “Fight for Freedom. Stand with Hong Kong.”

Hong Kong has been rocked by months of protests ignited by now-scrapped legislation that would have allowed criminal suspects to be extradited from the semi-autonomous territory to China.

The demonstrations have ballooned into a broader movement for more democratic freedom, but are portrayed within China as the lawless actions of violent separatists.

James spoke out after a number of normally outspoken NBA figures like Golden State Warriors coach Steve Kerr and his star guard Stephen Curry drew criticism for declining to take a clear stand on the issue.

A hashtag lauding his remarks was the 12th most-searched on Tuesday on Weibo, China’s leading social media platform, with more than 64 million views.

“Admirable. This American star has independent thinking and is responsible on weighty issues,” said one posting.

But US critics pounced on James on Twitter, especially after he posted further comments complaining that the Morey situation had put his Lakers and the Nets through a “difficult week” in China.

A number of posts said wryly that Hong Kong pro-democracy demonstrators and an estimated up to one million Chinese Muslims being held in prison-like camps in China also were “having a difficult week.”

My team and this league just went through a difficult week. I think people need to understand what a tweet or statement can do to others. And I believe nobody stopped and considered what would happen. Could have waited a week to send it.

An initial NBA statement on Morey’s tweet was criticized in the US as too conciliatory toward China, drawing accusations that the world’s top basketball league was putting profit in the vast Chinese market before principle.