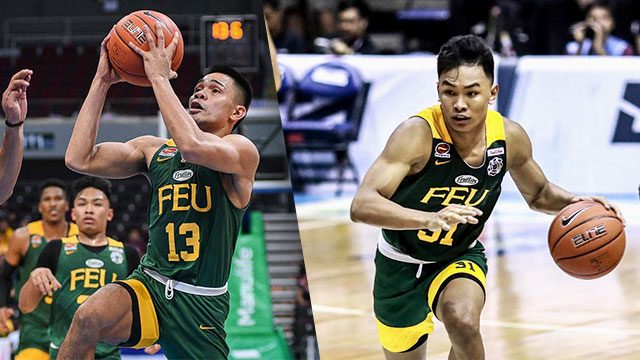 As expected, the former Baby Tamaraw couldn’t hide his happiness after making up for a forgettable first round where he averaged just 2.1 points and 2.4 rebounds.

(I did nothing in the first round. Nothing at all, so in the second round, I worked for quality minutes when I came in. I really have to help out the team.)

Gonzales, who is now the team’s lead guard in just his second year, was likewise ecstatic that his high school peers are slowly adapting to the college game like him.

(I’m so happy because we were already together in high school. Our chemistry is already there and we already know each other’s game.)

With Alforque serving as his backup at the point, Gonzales led the Baby Tamaraws to the Season 80 juniors Final Four in his last year. However, FEU ultimately lost an 80-81 heartbreaker to UST in a game where current Growling Tigers captain CJ Cansino went berserk for 18 points, 16 rebounds and 5 assists.

But that’s all in the past now and it’s all business for the pair in the seniors division.

(I go hard with Royce starting from training. Sometimes, it even goes overboard. But the brotherhood is still there. That’s why we were able to translate it into the game because we start it out in training. I see myself in him.) – Rappler.com