MANILA, Philippines – After finding out that Carlos Yulo comes from a family of gymnasts, sports patron Manny V Pangilinan expressed interest to lend financial support to his promising siblings as well.

“It’s the first time I’m hearing that it’s a family of gymnasts for Caloy, so we would like to meet the sister and his younger brother who is 11 years old, and see what we can do to train them already abroad,” said Pangilinan during a courtesy call with world champions Yulo and  Nesthy Petecio on Wednesday, October 16.

His sister Iza has also started to train seriously in the sport.

Pangilinan has already been supporting Yulo through the MVP Sports Foundation to cover his training in Tokyo, Japan.

The tycoon also rewarded both world champions Yulo and boxer Petecio with P1 million each for their golden performances over the weekend. On top of the cash incentives, both athletes received Iphone Xs from Pangilinan.

In the 2019 World Artistic Gymnastics Championships held at Stuttgart, Germany, Yulo earned a berth in the 2020 Tokyo Olympics after making the cut in the individual all-around and floor exercise finals. (FAST FACTS: Who is gymnast Carlos Yulo?)

After finishing 10th in the men’s all-around final, Yulo copped the gold medal in the floor exercise to become the first Filipino world champion in gymnastics last Saturday, October 12. 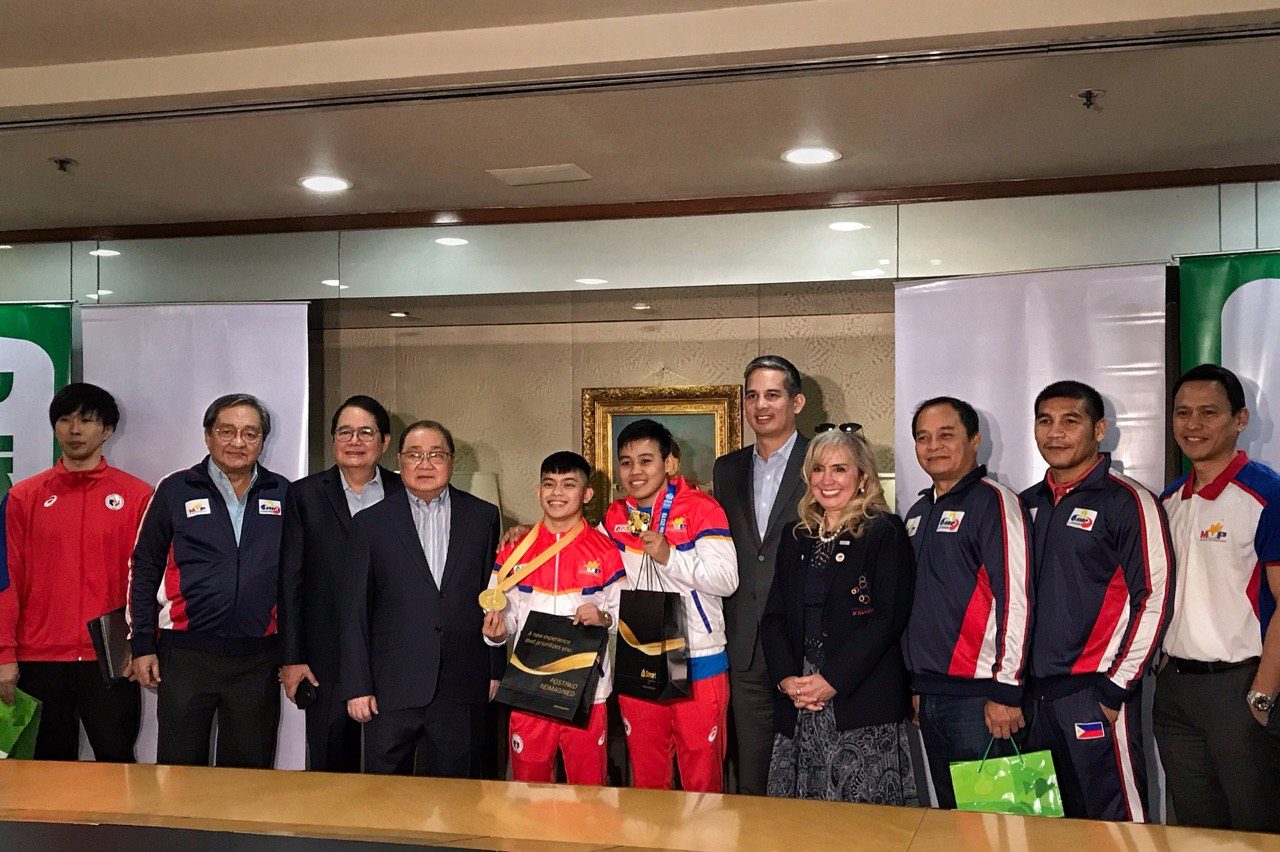 With the cash incentive from Pangilinan, Yulo plans to save it up, while Petecio plans on using it to help her family complete the construction of their new home.

(The cash incentive is going to be for my family, we’ll be able to complete the house we’re building and I’ll invest it on land.)

Both Yulo and Petecio are slated to see action in the country’s hosting of the 2019 SEA Games that will run from November 30 to December 11. – Rappler.com